Be A Doll
A Carter Manor Novel
By: Stephanie Witter 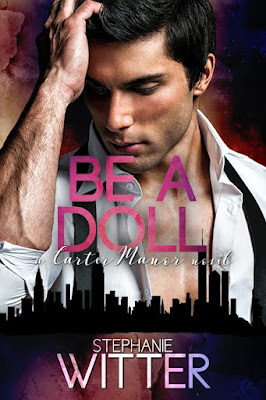 Be A Doll is only $0.99 or FREE with KindleUnlimited. 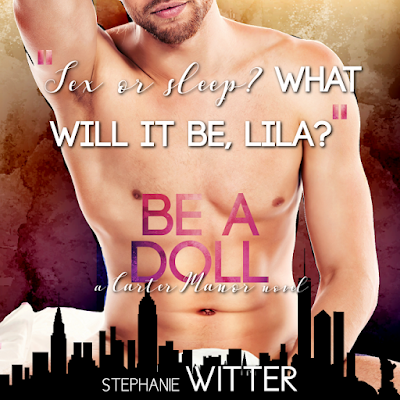 At Carter Manor, women were groomed to become the perfect next trophy wife for the most influential and powerful men in the world.
Polished, educated, and disciplined... they met every criteria.
Or did they?

After escaping two prospective husbands, I knew I didn't have much of a choice anymore but to play by the rules if I didn't want to end up back in the streets.
Upon meeting him I expected an older disgusting man, but he proved me wrong.
He was young, handsome... and despicable.
His cold hearted behavior and condescension caused me to lose my carefully built appearance of sophistication, but somehow, it made me win a husband who enjoyed toying with me until he could break the last pieces of who I used to be. I wouldn't let him.
I hated him.
At least I did at first, until I had a peek underneath his walls and discovered the kind of pain he shouldered.

I never thought I'd get married and even less that I would be purchasing my wife, but for my business I would do anything.
At the Manor, I was sure I'd find bland women so polished that nothing of their own personality was left.  But one candidate couldn't hide the fire in her.
I was drawn, ready to toy with her, to tease her until she folded for me and let me take her to make her fully mine and not in name only.
I didn't want love, I didn't want her to be in my living space and I certainly didn't want her to see who I really was under the facade I had spent years shaping myself to be, but that was exactly what was happening.
She fascinated me.
Her strength made me want her in the most all-consuming way.
Now I wondered who possessed whom. 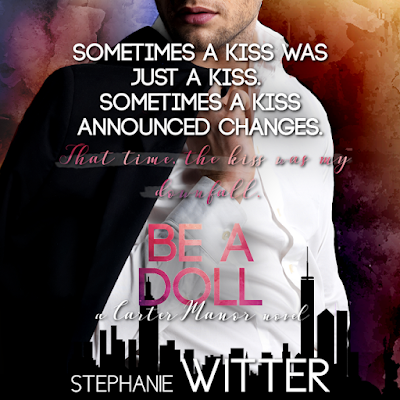 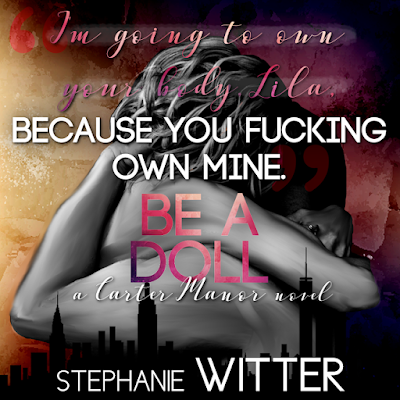 Win a $25 Amazon GC! To enter, go over to Stephanie Witter's page at http://www.facebook.com/stephanie.witter.author and check out the pinned post for instructions. 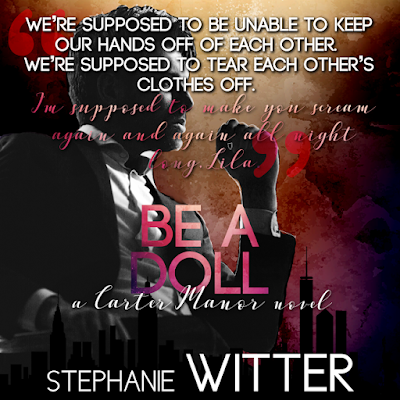 His head tilted, eyes on mine and lips in between his teeth, it was difficult for me to stay put and wait for his next move. My whole body buzzed with need, with an urgency I didn’t remember ever feeling in the past. Not to this extreme.

He released his lower lip from the trap of his white teeth and I let my eyes enjoy the spectacle of his lip, darker than before and with a slight shine to it. Tasting him, hearing the hitch in his breathing, feeling his hardened cock... that was all I wanted, all that mattered at that moment. I was reduced to a mindless pool of lust and it didn’t even register in my head to be cautious and to second guess what would happen.

“Aren’t you?’’ he asked and finally moved.

He took a step inside and closed the door without tearing his eyes from me. With one quick glance on his left he dropped his keys in the big pot on the console and then walked toward me, his eyes boring into me.

That stare alone was foreplay.

I didn’t move from my seat, sure that if I attempted to stand up I’d make a fool of myself with the pinpricks in my legs telling me how wobbly I was. But I didn’t need to anyway because in no time he was towering over me, his eyes on mine as I had my head tilted back so as not to break eye contact. It wasn’t even a conscious decision not to. I was trapped, enthralled and at his mercy.

He wanted to break my resolve, to shatter my vows and ruin the person I had been groomed to become and he succeeded in a matter of a few short days.

“Does that mean you want me, little wife?’’

His eyes then left mine and deliberately fell down to my cleavage. The path his dark orbs took warmed me, drawing out goosebumps, and I shivered when I realized the kind of perfect view he must have from above, down the v of my cashmere sweater.

“I want an orgasm,’’ I replied in a bout of defiance as my eyes landed on his slightly parted lips. “That’s all.’’

He crouched in front of me, bringing his head to the same level as mine. The closeness that had me gasping silently. His nose grazed mine and his mouth was just a breath away from mine, tantalizing, teasing. He was always teasing. Playing with me. Toying with me. 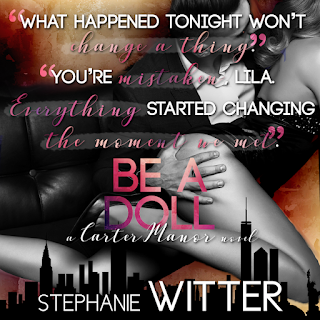 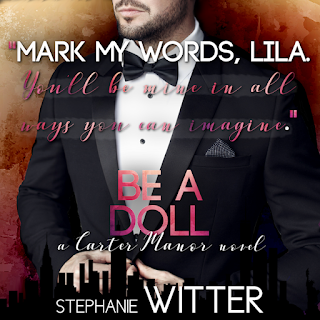 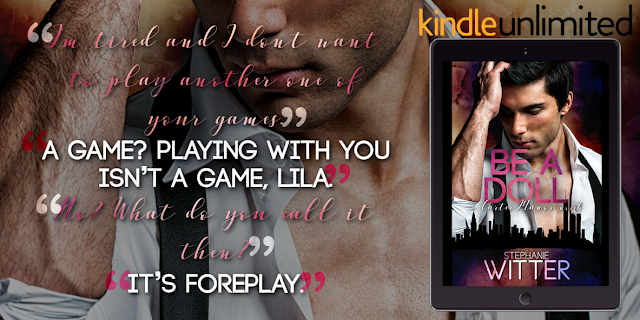