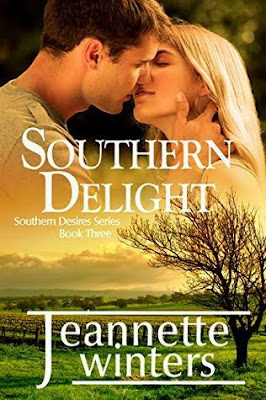 Don Farrell believes in working hard and playing even harder. The only thing he took seriously was business. Finding out there was a target on his back only made him more determined to succeed. Bailey Tasca had been confident and outgoing. Her tomorrows had been filled with dreams of someday making it big as a comedian, but her laughter stopped the day the doctor told her the results: cancer. Now she struggles to redefine herself. When Don and Bailey meet up again at a friend’s wedding, the one thing neither wanted was to find the chemistry they’d shared in the past now even more explosive. Don realizes it doesn’t matter what he achieves if Bailey is not by his side to share it. Can he reach Bailey behind her high walls of insecurities and doubt? Bailey must let go of her newly acquired inhibitions and open herself up, both emotionally and physically, if she ever wants her happily ever after. Can their love heal even the deepest wounds?

PUBLISHED BOOKS BY JEANNETTE WINTERS
The Betting On You Series
ABOUT AUTHOR
CONNECT WITH JEANNETTE
THANK YOU!
JO&ISALOVEBOOKS
https://www.facebook.com/JoandIsalovebooks/

All available on KindleUnlimited

Jeannette Winters is a romance author mixing heart, intrigue, and the steamy pleasure of a Billionaire romance. Jeannette grew up in a large family, number ten out of eleven children, eight of them being older brothers. She quickly developed a great sense of humor, mostly from necessity. One of her greatest joys is sitting on the porch where they were all raised and hearing the stories from years gone by. Quietly laughing to herself, she notices how they embellish the stories more and more each year. Storytelling was passed down from her grandfather and mother. Jeannette caught the bug at a very young age. If she didn’t have her head in a book, then she was off somewhere with a notebook, jotting down stories of what she would write if one day she became an author. Although the notebook may have vanished, the stories are still vivid and waiting for the right time to be told. Despite having an amazing family, there have also been some sorrows in her life, including the loss of loved ones. Over the years, Jeannette has spent countless hours volunteering for different organizations and acting as a caregiver to those most dear to her. As a result, supporting the elderly became of utmost importance.