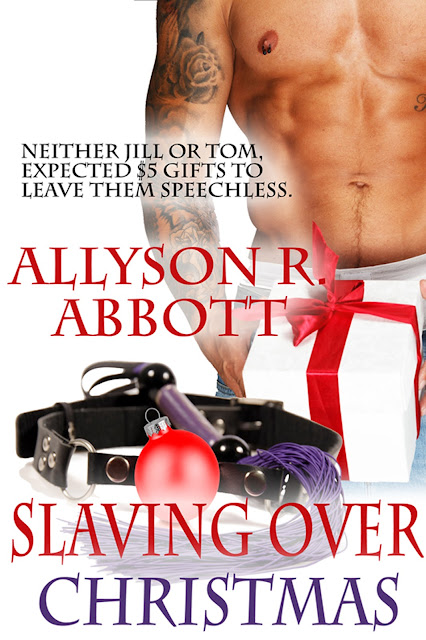 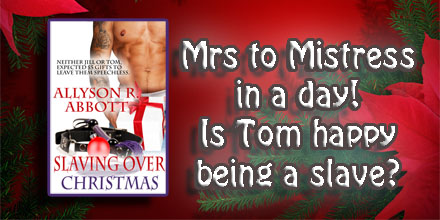 Jill had recently been fantasizing about being compromised and vulnerable, as well as being over powered by strong, muscled men. She felt guilty that her sex drive was picking up as Tom, her husband of twenty years, had started struggling to get an erection and to satisfy her increasing needs. Jill was now secretly watching sexy DVDs, reading erotica and had a few toys hidden away; only to be played with when Tom was not in the house, so as not to dent his already battered pride.

However, things take a new turn when Jill finds herself in charge of Tom’s life and instead of being overpowered is now doing the powering. Who knew that being a mistress was such a turn on and that all Tom needed was a good spanking to get an erection! But who wins in the end, who is in charge? 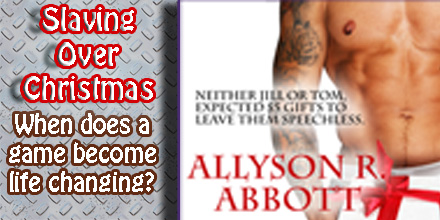 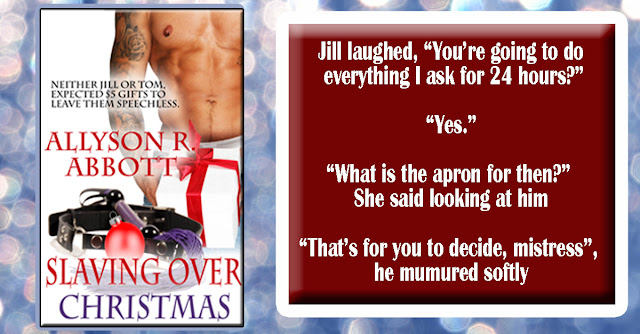 The moan that came out of his lips was only small, in fact you could hardly hear it, but in Jill’s ears it was as loud as a jungle call, and as powerful. The sound traveled quickly from her ears to her groin, which was now responding to the call with an incessant throb. She slapped him again, harder. His moan was still quiet, but it was guttural, as if caused not by pain, but pleasure.

“Are you talking to me, Slave?” she said in a stern, no nonsense voice.

Tom looked up from his task, and realised his mistake when he saw her face. “Yes, Princess, I apologize for speaking without permission, it will not happen again.”

“I’m sure it won’t, Slave, but to make certain, bend over the bed, you need to be punished.”

Tom looked at Jill in shock. Jill, emphasising her demand, pointed to the bed. He dropped the duvet and the cover to the floor, stepped forward and bent over, giving Jill a full view of his toned backside, complete with the fluorescent string working its way between his muscled cheeks. 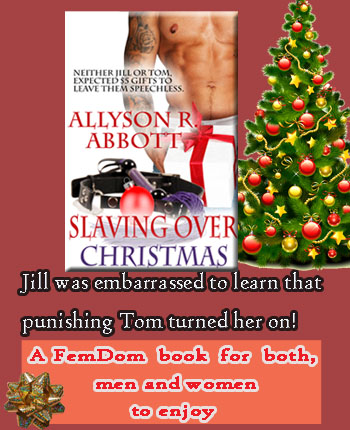 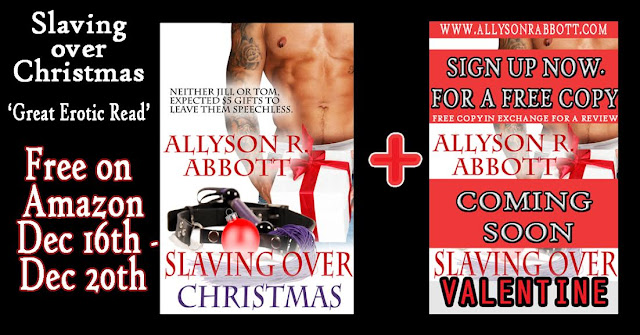 What a great couple and a wonderful 24 hours!

A fun, erotic, yet heartwarming Christmas Day story that you don’t want to miss out on. Jill and Tom have been married for 20 years. They have been in love since high school and have had a wonderful marriage with kids and all the comforts of home. Well up til the past couple years that is. You see, Tom lost his job and it has taken almost 2 years for him to find a new one. Beside struggling financially, Tom feels he’s let Jill down and of course their overall struggles have affected their love life, which if they were open and honest with one another, had been okay but nothing earth shattering.

This year everyone has plans for the holidays leaving Tom and Jill home alone on Christmas Day. On one hand that is a blessing, as they weren’t out the expense of food, gifts and entertainment but on the other hand they haven never been home alone for the holidays. Due to their financial struggles, Jill and Tom agree to give each other one gift and not spend more than $5. The story basically starts once the gifts are exchanged. OMG the hilarity and self discovery that follows makes it a Christmas Jill or Tom will never forget as well as a book that this reader feels is a must read and one to be re-read for many Christmases to come. It will have your toes curling and your heart warming as you smile, laugh and live the 24 hours of Christmas with Jill and Tom.

What a stressful read....and I mean in a good way! I loved this book, the entertaining storyline and the well developed and believable characters. Jill and Tom could be any couple, any one of us who have been married for a number of years with life's problems getting in the way of our intimacy. I loved their Christmas Day alone and the way they decided to handle their gift giving, and of course everything that happened thereafter.

I did get aggravated with Jill a couple of times, then Tom, but like with this couple the end was very very pleasurable.

After having the Best Christmas Ever! in unexpected roles as Mistress and Slave, Jill and Tom, decide to take it a step further. Or should I say Jill decides! In this shades of pink story, Jill gets to make all their decisions and their sex life is ramped up to exhilarating. Although, Tom is yet to learn about Jill’s new idea of keeping him in order when she’s not about.

Find out about Jill and Tom’s orgasmic road trip to Las Vegas that gets them both hot under the collar, and how Jill collects twice at the table!

If you are interested in reading and reviewing an ARC when Slaving Over Valentines releases, please fill out this form. 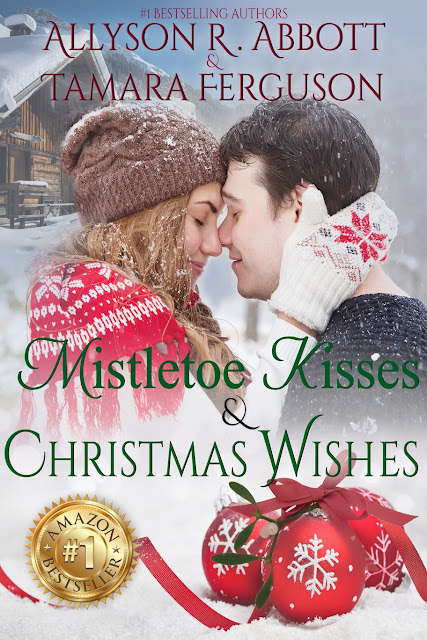 There's something so special about a Christmas Kiss.
And when it's your first?
Never underestimate the power of that kiss! 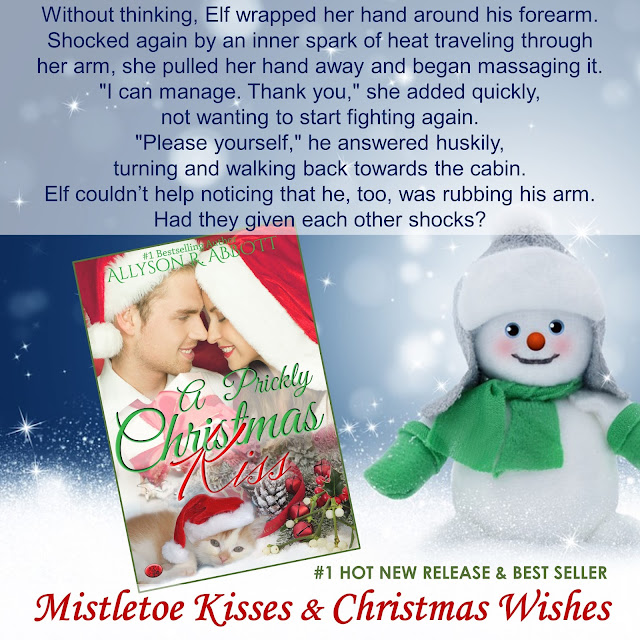 Emma Louise Fallon, aka Elf, has two wishes for Christmas. Having spent the last few months bragging about her latest boyfriend, who's turned out to be a womanizing cheat, one, she needs to escape her well-meaning family, and, two, she needs to avoid all men while she's in a man-hating mode.

But stranded in a cold isolated cabin, when her girlfriend is forced to bail out on their vacation plans, Elf makes one more desperate wish: Can she please learn how to build a fire before she freezes to death?

The solo rustic life is becoming all too much for her. She's convinced that a stray cat, who has decided to keep her company, has magical powers, that the local shop owners are secretly Mr. and Mrs. Claus, and nothing can stop her from laughing when the hot local Martian -come cop - come veterinarian - introduces himself as Rudi.

Will Elf need to break her rule about staying away from men, and rely on this hunk for helping her start a fire? Or, worse, yet, will she be able to control the fire that Rudi's ignited in her?

Seventeen-year-old Jason Matthews made a wish when he'd shared a kiss with Katherine Conlin under the mistletoe at Dragonfly Pointe, fourteen years ago. Now an Air Force Captain and wounded warrior, he awakens in the hospital in Germany, where his dreams have been invaded by the girl from his past.

Once he returns home to the states, he finds out approaching Kat might be a little more difficult than he'd thought, since she's been in a long term relationship for nearly two years.

But another year later, when Jason discovers Kat is on her way to the Dragonfly Pointe Inn for the Christmas holidays, without her boyfriend, he seizes the opportunity to be reacquainted.

Kat had been expecting a proposal this Christmas, and when her boyfriend backs out, yet again, on the carefully laid plans that she's made for them, Kat realizes she probably wouldn't be happy with him anyway.

Kat has often wondered what happened to Jason Matthews, the boy she'd made a wish with years ago, and the last thing she expects is to run into him again at the Dragonfly Pointe Inn.

Will there still be that special Christmas magic between them, to make those long ago wishes come true? 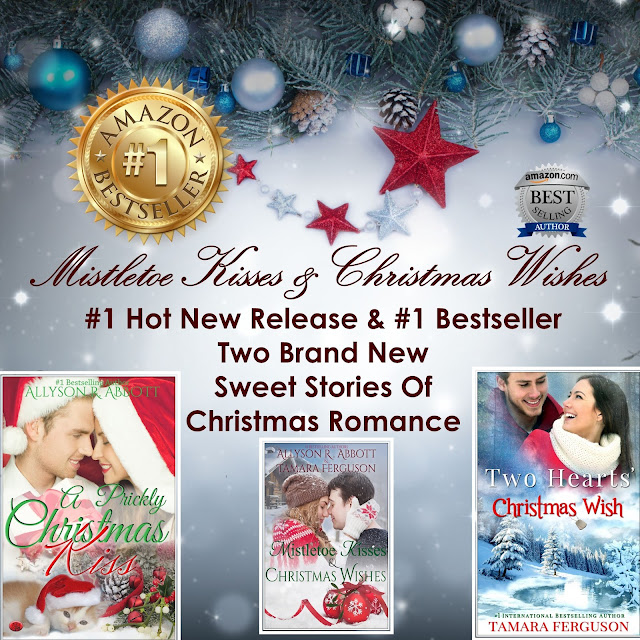 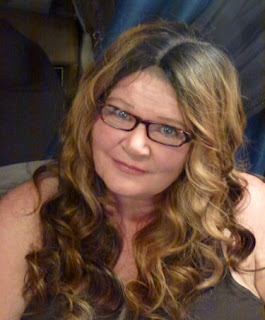 I love to travel, but I also need to work. Being an author allows me to combine both of activities and has the added bonus of life being an adventure. I never know where I will be sitting writing from one year to the next. As I write this, I am in Spain until Sept 2017, but we may stay longer. It is a great life, if you don’t mind a little insecurity.

I try to bring a little of my adventurous personality into my stories. Being a 'mature aging gracefully' woman, I feel akin to the problems of aging and relationships. I spent many years on my own before finding my truly remarkable and very patient partner (now husband) who I happily gave up my whole world for.

#1Bestselling British Author who mostly writes about real life, interesting characters, which include humour and situations that will make you smile, or even shed a tear or two.

Find out about Marie and her blunders in Countdown, Pam and her encounter with a salsa wolf, or Linda's mishaps on her Fiji adventure. Abby and Ed will have you thinking 'will he or won’t he?', 'can he or can't he?
Life is for living and enjoying, even Rose, In An English Rose, realises this at 85 yrs young.

Goodbye, Hello became a #1 international bestselling book in 2015 and a total of five books have received glowing 5 star reviews from The Readers Favorite Editorial Book Reviewers, earning a hefty collection of 5 Star seals. Allyson also has a bestselling nonfiction book called How to Write a Simple Book Review, which has accumulated over 50-5 star reviews.

For great deals, check out Mother's Day Magic...With Love anthology, which not only has An English Rose, but 11 other books by 12 different authors, all dedicated and written for mothers in different genres.
Amazon
Paperback Version also available

Touching Ed is also available in a Box set called
First Comes Love..
Amazon
and at only 99c/p is an absolute bargain.

All my books are available from Amazon and Kindle Unlimited and in paperback.
Allyson R Abbott Amazon Author Page 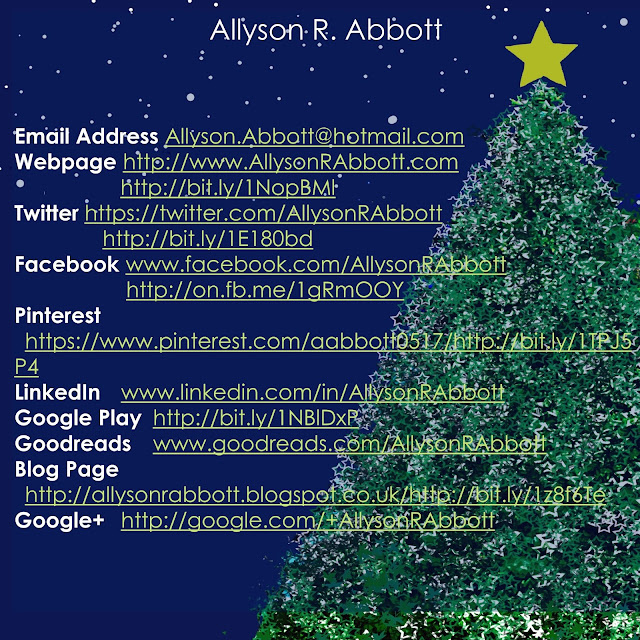 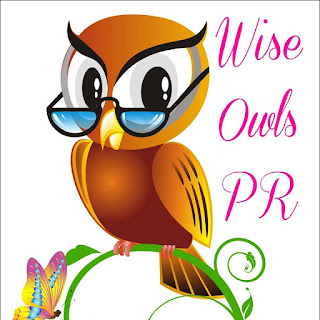