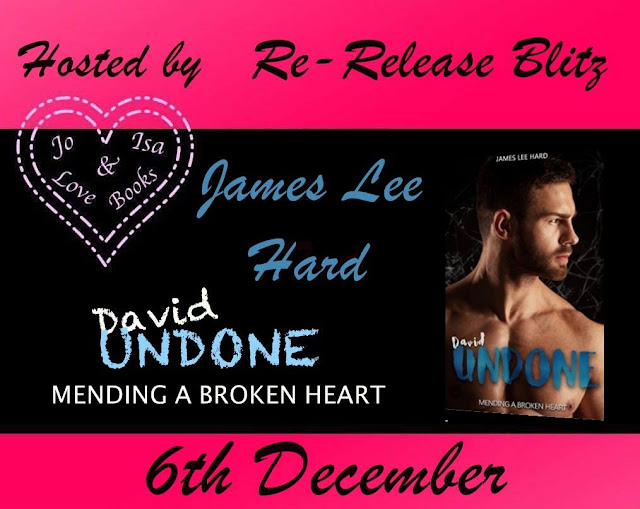 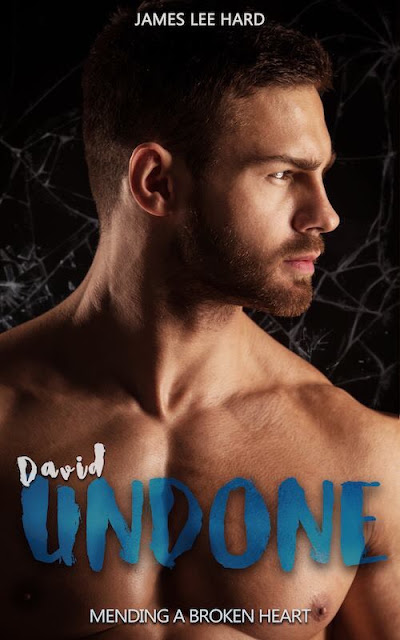 ♡OUT NOW After having his heart broken by his boyfriend, David buys a plane ticket and runs away from New York to the farthest place possible. He finds himself on the other side of the Atlantic, in a small country that’s as beautiful as it is frozen in time. David’s successful career as a writer has stalled. His muse seems to have abandoned him; all he can think of is Steven’s harsh words about him and his neediness. So he retreats to a house in the middle of a beautiful mountain range, perched on a bay of crystalline, blue-green waters — the same one where he and Steven had planned to go and spend a romantic getaway together. Maybe Steven is right. Maybe David is pitiful and can’t do anything right. Still jet lagged and questioning himself, David meets Manuel, a Portuguese hunk whose body looks like Michelangelo himself chiseled it. He’s handsome, easygoing, and exudes an aura of self-confidence that makes David want to know more about him. Manuel is everything David is not, and he finds himself drawn to him, his charisma pulling him ever closer. But is Manuel enough to make him forget about his heartbreak and insecurities? Can David let go of his past?Novelette, ~12K words 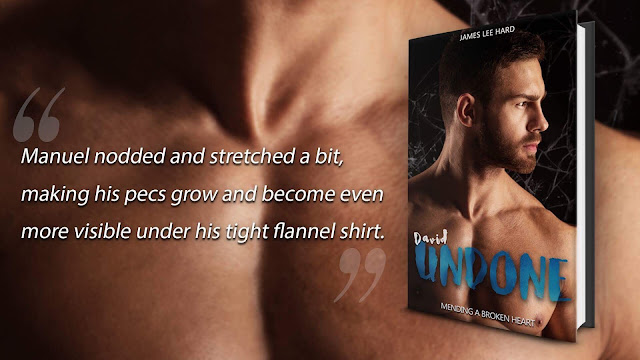 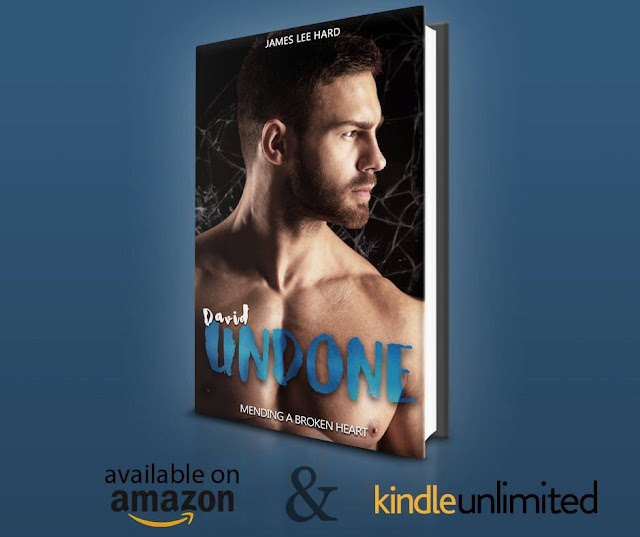 “He leaned in and placed his hand on David’s cheek, almost covering his whole face in the process. Time seemed to slow down as David saw Manuel lean in for a kiss and felt his own heartbeat against Manuel’s warm hand. Before he could realize what was happening, Manuel kissed him, his soft lips touching his, the taste of coffee invading him. David thought to protest and explain to Manuel things couldn’t be like that. He wasn’t an easy man who slept with the first guy that winked at him. His reasoning, however, was washed away by the lust that took ahold of his body, as Manuel’s tongue began to explore his. His slow exploration quickly transformed into a passionate kiss. Manuel moved in closer to David. His hands slid to his torso and grabbed firmly, pulling David closer to him. David marvelled at the ease with which Manuel pulled him in, as if he was light as a feather, but quickly forgot it as their chests bumped into each other. Manuel’s heart thumped wildly underneath his flannel shirt and his body heat enveloped David in an erotic embrace. Suddenly, David realised this was his chance to see what hid underneath Manuel’s clothes. He wouldn’t need to depend on his imagination anymore.”

Other Books by James Lee Hard

Hunky Mark is unemployed, penniless and living off the help of his friends. His life orbits around sex encounters that leave him with a bitter aftertaste. He went from skinny tall guy to hunk in a few years, after promising himself not to let anyone beat him again. But Mark still struggles with his self-image because underneath all of his muscles he still feels like a clumsy teenager. His life starts to change when a stranger approaches Mark offering him a job as a stripper. Mark immediately dismisses it as another lame attempt at getting him laid. But his desperate need for money makes him think twice. He ends up surrounded by gorgeous men, his first true love and a past that just refuses to go away. Amazon US: http://www.amazon.com/dp/B00UIQVH76Amazon UK: http://www.amazon.co.uk/dp/B00UIQVH76Universal link: myBook.to/strippedJames Lee Hard

Scott loved Russell since the day they met in college. He was the perfect guy: manly, gorgeous and charming. He only had one problem: a long time girlfriend. But that didn’t stop Scott from catching mixed signals from Russell since day one. Could those just be wishful thinking? Things reach a cathartic moment during Russell’s wedding rehearsal. In an episode of foolishness, Scott drinks too much and drops the bomb. It was his last chance to know if his gaydar was right all along. Inspired on a true story, this 5.000 word short is fuelled with heated discussions and physical encounters that will engage readers into a small but enthralling plot. Amazon US: http://www.amazon.com/dp/B00XRPBUF4Amazon UK: http://www.amazon.co.uk/dp/B00XRPBUF4Universal link: myBook.to/groom

After a disastrous breakup with his deranged boyfriend, Jake sees himself forced to go back to his parents’ house. What was supposed to be a calm return to gather himself, turns out to be an intense and complicated journey where Jake has to confront a bigoted father who is constantly degrading him, take care of a sick mother who was never bold enough to speak her mind and deal with the not-so-over relationship. Jake embarks on a journey that brings him the pain from his past, long lost friends and old passions that could be reignited if Jake has the courage to overcome his lingering inner fears. Will Jake defeat his deepest fears in order to become who he truly is? Amazon US: http://www.amazon.com/dp/B011F5ZSDW/Amazon UK: http://www.amazon.co.uk/dp/B011F5ZSDW/Universal Link: getBook.at/jake

Book 1 in the Rift Trilogy, Paranormal M/M Romance
All those years acting as a tough straight guy are thrown away when Jason finds himself enjoying wet dreams about a chiseled, strong man who shows him how sinfully good sex between two men can be.Jason begins to question his sexuality due to those evermore-recurring dreams that seem to be so real. His questions are answered on the day he meets Blaine, the stranger in his dreams who, in reality, is an irresistible and tempting demon.This surreal revelation is the beginning of a life-changing journey where Jason discovers his true self, while stumbling upon a whole new dark underworld.Jason finds himself in the middle of a colossal battle between angels and demons, while fighting one of his own: coming to terms with his sexuality.

Book 2 in the Rift Trilogy, Paranormal M/M Romance
After the events of the first book, Jason finds himself lost and unsure about his sexuality. In one last attempt to prove that he is still the same man, he decides to accept Marco’s dare and goes on a date with a woman, only to find that some things are not reversible.Meanwhile, the nephilim also arrives the city attracted to Jason’s peculiar, scrumptious scent at the same time that Blaine is summoned to Master’s lair in order to find out what are the nephilim’s plans.Between his own questions, Jason sees himself in the middle of the inevitable clash between the demon and the nephilim. What could be the nephilim’s mission? And what is Blaine’s true intent?And most important, why is Jason the center of their paths?Amazon US: http://www.amazon.com/dp/B018UJDN5GAmazon UK: http://www.amazon.co.uk/dp/B018UJDN5GUniversal link: getBook.at/nephilim

The Final Book in the Rift Trilogy, Paranormal M/M Romance
The stakes are high in this third and final installment of The Rift. While Blaine discovers Jason’s true identity and follows him to save him from Master, Jason sees himself unsure of his own feelings while accompanying the nephilim through the jungles in South America in search of an artifact that could help them defeating the demon army that now controls his city.All things come together when Jason finds himself divided, between the growing feelings towards Gabriel and the inner lust he feels whenever he thinks of Blaine, while he has to find a way of making both enemies cooperate in order to save humanity.Will Jason be able to save his world from Master’s army?Amazon US: http://www.amazon.com/dp/B01A7ONF1YAmazon UK: http://www.amazon.co.uk/dp/B01A7ONF1YUniversal Link: getBook.at/MasterRevenge

After finding his partner in bed with another man, Robert sees his relationship of fifteen years come to a painful end. A distinguished college professor, his whole life had been dedicated to his career and partner, but after his betrayal, Robert spends one year trying to mend his broken heart, too deep in his sadness to even continue his work in the field of nanorobotics.
Everything starts to change when he meets Matt, a twenty-six year old gardener, who at first sight has nothing in common with him. He’s the poster-boy for the masculine: tall, rugged and handsome, mixed with something else, a dash of sweetness and unpretentiousness that leaves Robert intrigued and wanting to know more. At the same time, Robert fears the stigma of their age difference and what people will say about him dating someone younger. Nevertheless, they find themselves gravitating towards each other, navigating the entangled mess of each other’s lives. Robert’s fear is still alive, though: will he be able to mend his heart, let himself be happy again and trust another man?

After serving five years in jail, Logan is ready to start over and forget all about his past. But things are not that easy, especially when people can’t see past the ex-convict, and getting a job is harder than ever. Meanwhile, Kyle has finally come to terms with his own sexuality and does the hardest thing he’s ever done in his life: getting a divorce from his wife, Jessica, with whom he has a toddler named Ryan. He leaves both behind in a bid to rebuild his life and to become the father he dreams of being to his son. It’s in this hurricane of life-changing events that Logan and Kyle end up meeting each other by chance in a small town far away from their previous lives. The spark between them is immediate and strong, but they both try to fight it, coming up with excuses not to pursue it. While their friendship evolves, they find themselves even more attracted to each other. But will Logan trust he can find love with another man while his past is still so present? And is Kyle ready to invest in his first gay relationship at the same time as he’s fighting for his son’s custody? Set in a small town with quirky characters and all the peculiarities that only a small town can offer, Logan and Kyle embark on a journey that could change their lives forever. But will they feel free to follow through?
https://www.amazon.com/dp/B01LK5CDZS
https://www.amazon.co.uk/dp/B01LK5CDZS
https://www.amazon.ca/dp/B01LK5CDZS
https://www.amazon.com.au/dp/B01LK5CDZS
getBook.at/BreakingPast

James spends most of his time looking at his computer screen, trying to summon the magical words that make the ingredients for a great story. He dreams about being able to move people and becoming a great writer one day.


He writes contemporary gay romance and erotica but he wants to write about much more. His mind is filled with sci-fi gadgets, swords, wizards and dragons and he has trouble trying to choose one theme. Maybe one day we’ll read something starring sinewy heroes battling giant dragons in tight pants. But the romance will always be there. And the abs. And the happy endings – James is a sucker for them.


James draws inspiration from everyday life, books, movies, songs, pictures and much more. Almost everything can ignite his desire to write but not all will end up on his stories.


James is an indie author who relies on friends and a growing base of lovely beta readers to help him with his stories, ensuring that each book is better than the previous one.

★Instagram: instagram.com/jamesleehard
★Subscribe to his newsletter for up to date information on all of James current and upcoming works: http://eepurl.com/bgofyb