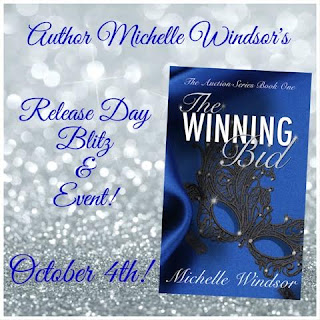 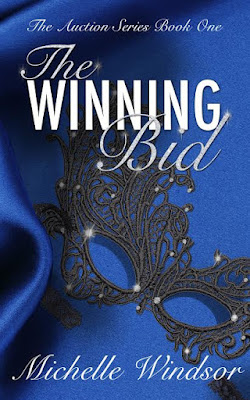 Here's more about The Winning Bid:

Hannah is desperate. Her one shot at a new life and financial independence is slipping away unless she can come up with thirty thousand dollars, fast. When a chance comes to earn some serious cash in the world's oldest profession--in a single weekend, in safety and anonymity, and at an ultra-luxurious, exclusive resort--Hannah agrees to be auctioned off to the highest bidder. The catch? All the bidders are Doms, and Hannah will have to do whatever her master asks, when he asks for it, however he asks for it.

Drew is wiped. After two weeks from hell running a billion-dollar hotel empire, he needs to unwind with a weekend of anonymous, uncomplicated sex with a compliant submissive. And what better way than with one of the lovely subs at auction, who will cater to his every whim and ask for nothing in return once the weekend ends. But when Drew sees Hannah onstage for the first time, he is forced to question everything he thought he knew about himself and his heart. As their weekend together comes to a steamy conclusion, Drew isn't ready to watch this submissive walk away. But Hannah has a secret, one that even Drew's billions can't cow into submission.
#MichelleWindsor #NewRelease #99Cents #Romance