Krystal is a 29-year-old stay at home mom of 4 children, 3 boys, and 1 girl, she has a love for reading that she shares with them anyway she can. Her daughter is forever asking her to write a children’s book just for her, that she might consider. She has been with her hubby, Steve, for 12 years, happily married for 10 of them. She was first an avid reader, then an enthusiastic blogger, and has now finally had her dreams come true and become a writer. More often than not she can be found at home with her family, reading, writing, or scrapbooking. She is a coffee addict, book-aholic, and loves to hear from her fans. 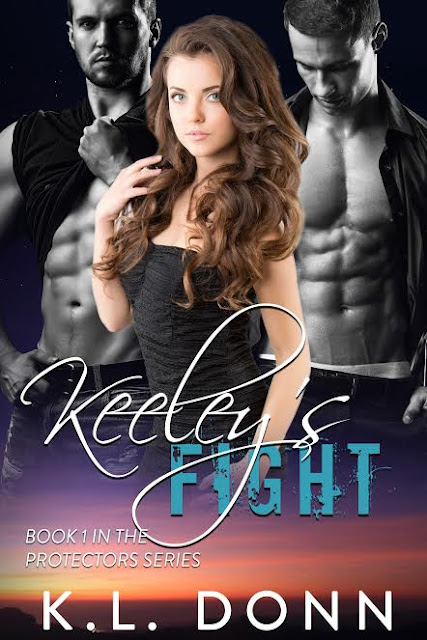 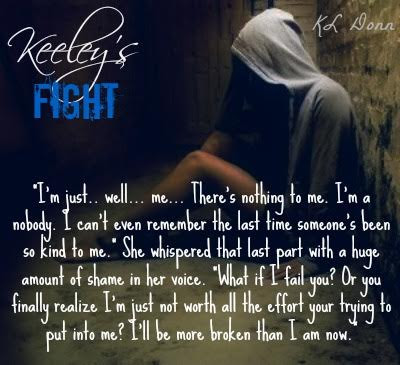 Heartache and betrayal are two things Keeley Stone is very familiar with. Born into a life she never wanted, betrayed by her own parents, she never saw a way out. Until one day, two men who know nothing of her or her life step up and protect her when she’s in need of a savior.

Loyalty and respect are not just something earned for brothers Nathaniel and Tyler Maxwell, but a code they live by. A chance encounter with a gorgeous young woman has left them enthralled with her.

Can they convince her they’re worth fighting for? Or will she let demons of her past control her future? 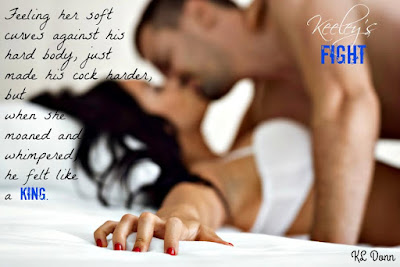 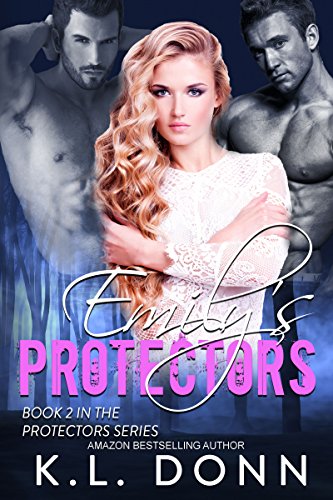 She was on the run.

Emily Baxter has been running from a stalker determined to catch her. By chance she hears of Maxwell Secures and decides to fight one last time. Not realizing her biggest battle will be with herself.
They were hired to protect her.

Dane Johnston and Cooper Sheppard always knew they were meant to share a woman. They never anticipated the blond bombshell that was thrown their way. In need of protection, they jump at the chance to help.

He wanted her for himself.

Will they be able to protect Emily when she need’s it most? Or will her stalker finally get what he wants?

***Warning: Contains some dark subject matter and graphic violence. Not intended for anyone under 18 years of age. 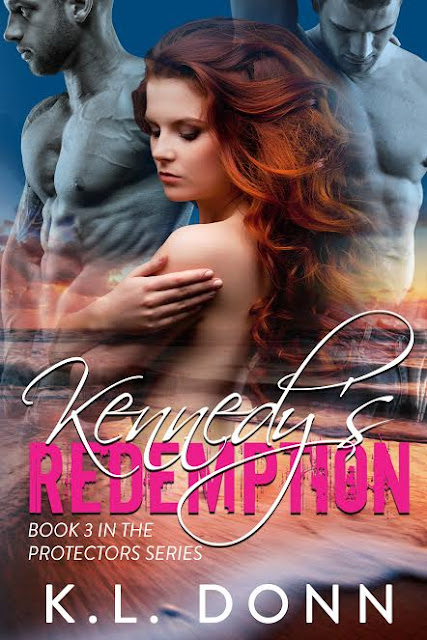 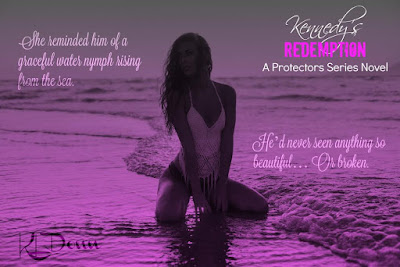 Kennedy Maxwell is running from demons haunting her soul. Left to fight alone, she’s soon lost to the monsters in her head.
Fighting. Searching. They won’t back down.

Twins; Creedence and Lincoln Black have finally found the one thing they’ve been searching for, only to lose her in the blink of an eye.

When they find her again will she be as lost and alone as before?
Or can they help her find her redemption?

**WARNING**
Contents include one broken woman fighting to find her spark, insta-love, and men who can heal her through love. You've been warned.

This book contains dark subject matter, graphic violence and may be a trigger for victims of violence. Not intended for readers under 18. 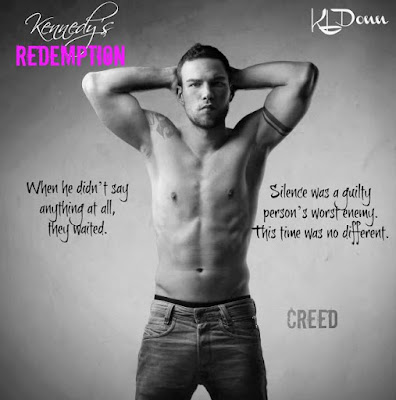 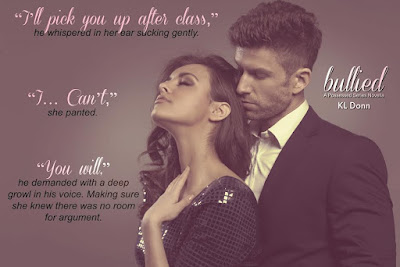 verb - bully:
use superior strength or influence to intimidate

Have you ever:
Wondered the thoughts of the bullied?
Wondered what happened when they left?
Cecilia Marks was bullied.

Bullied her entire life because of an accident she had no control over, Cecilia began college hoping for a fresh start. To her dismay, she’s been faced with the same bullies only with crueler taunts and words that can slice deeper than the sharpest of knives.
A short run-in with a stunning man had her world turning upside down in ways she never expected.

Did you know:
He was her white knight?
He was relentless?
Landon Powers was possessed.

Walking back into college ten years after he left, Landon hadn’t expected to fall for the gorgeous brunette he ran into. But there she was, soft-spoken, unassuming, and the strongest woman he’d ever met. There was nothing he wouldn’t do for her. Including making it known, she wasn’t to be bullied.
**Author warning**
This book is filled with dirty sweet intsalove everywhere you look! If that's not for you, move along. 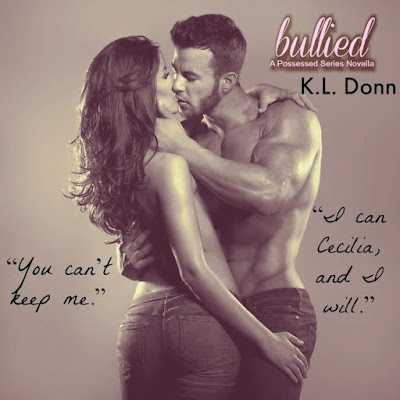 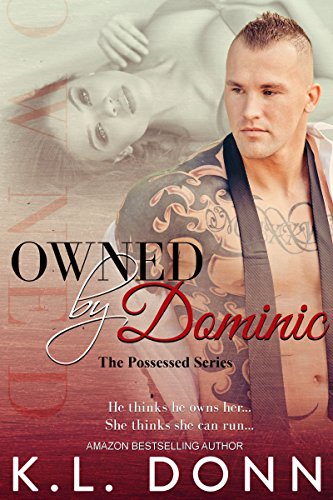 own /ōn/ - verb
have something as your own or possess

Him
A life made of ruthless decisions and a demanding career made Dominic Slade a cold man living in a world of gray. On a mission to eliminate a drug trafficker in Ireland, he meets his match—in an 11-year-old girl. She opens his eyes to the light in the world with her sassy mouth and lack of fear.

It’s just too bad she’s the daughter of his target.

Her
One moment in time and her life is ruined. At six years old her world is shattered, all illusions of safety tossed out the window. With her Mam gone and her Da ignoring her except to scold her, Deidre O’Connor finds a companion in the tall scary man hired to be her bodyguard.

Confusion and bitterness soon engrain themselves in her heart until she fights back and runs.

Them
On Deidre’s eighteenth birthday, she runs away in search of her place in life.

On her eighteenth birthday, Dominic is sent to find her. Never expecting the little girl he used to know to have sprouted into a gorgeous, vibrant woman.

When the sins of the past come back to haunt them, are they strong enough to fight together or will they be left in the cold...alone?

****Warning This book is full of instal-love with an older man and a younger woman, hot intimate times, tons of love. And a boat load of suspense and intrigue. All adults are at least 18 years of age, and consenting. If you can't handle instal-love walk away. If you love the sticky sweetness of it, what are you waiting for? 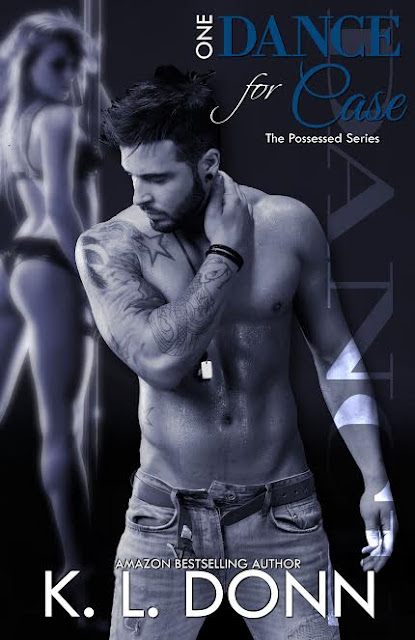 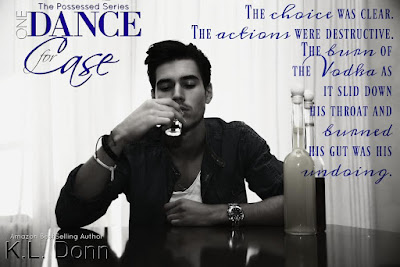 Jealousy consumes him. Bitterness leaves him pushing everyone he loves away.

Casey watched as his best friend found the other half of his soul in a strong young woman and until that moment he hadn’t realized how much he craved that same completion.

Having demons constantly lurking in the back of his mind, he doesn’t think he’ll get the salvation the right woman’s arms can give him. He’s so desperate for it, he nearly blows his chance with the only woman to draw him in.

Evelyn Paige Moore: dancer, shy introvert, high school dropout.
Abandoned at an early age by a mother who couldn’t care less about her, Evelyn finds an escape in ballet. With no formal training, and a love for the art, she knows what she wants to be.

Circumstances prove she has to settle instead for the pole. Finding her long lost sister and her son, she thinks she’s finally found a semblance of happiness, only she still feels empty.

When a tough soldier shows a deep interest in her she fights the immediate attraction she feels, only he has nothing to lose, and everything to gain by claiming her.

A misunderstanding nearly tears them apart before they truly get to have their own happily ever after. If Ev let’s go of the pain of abandonment, will Case open up to her? Or will they be stuck in the past forever? ***Warning***If you don't know by now that I write insta-love well this is your warning. There's love, there's heartbreak, there's a little bit of graphic violence told in a flashback. This is a safe read, no cheating. LOTS OF INSTA-LOVE! 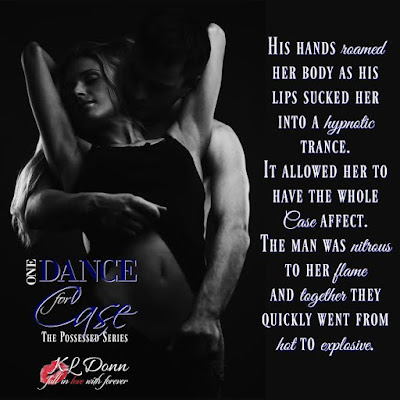 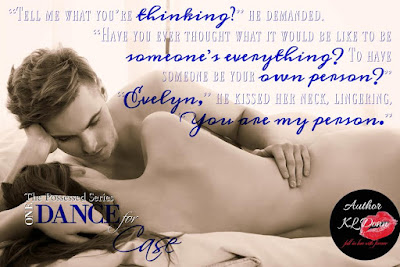 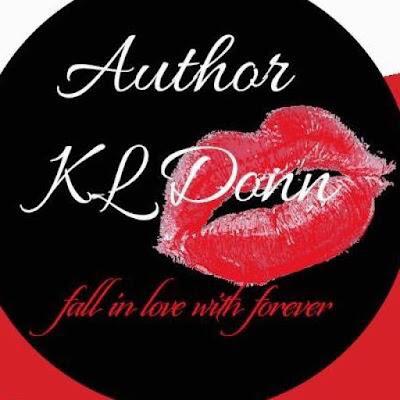 1. When and why did you begin writing?
Ummm April of 2014 I think it was. And it was as simple as I couldn't find something I wanted to read while waiting for a new Dixie Lynn Dwyer book to release so I figured I'd give it a shot. It really was only a book for me to begin with.

2. When did you first consider yourself a writer?
I don't know if I've reached that point yet. It's silly I know, but I write because I love it, the fact other people do to is amazing.

3. Do you plot out your books on paper? Or seat of your pants?
A little bit of both. I have note books for each book and I write down character traits they'll have, any family members names. Things I would like to happen throughout the book, but never have I done a chapter to chapter plot. My mind just doesn't work that way. I see things I want to happen and that's where the flying by pants comes in lol.

4. Are experiences based on someone you know, or events in your own life?
Experiences, no. Feelings, characteristics, places, people. They are usually somehow woven into my life in one way or another.

5. What books have most influenced your life?
Angela's Ashes by Frank McCourt. It's a memoir of his life in Ireland during the depression. It resonated with me. Made me look at the world in a new way.

6. If you had to choose, which writer would you consider a mentor?
Maya Banks and Lori Foster. I've had the pleasure of speaking to them both a couple of times, and they're simply amazing and encouraging. Maya once told me if I want to read it, chances are so does someone else and that's pushed me to publish each book.

7. What book are you reading now?
At the moment nothing. But I did just finish Elsie by Esther E Schmidt and it was awesome.

8. What are your current projects?
I have 3 WIP at the moment. The first is Ashley Powers story from my book bullied, everything surrounding her is a complete surprise to readers until release day ;) After that is my next menage book Lost & Found. And the last is a top secret project to be announced in January.

9. Do you see writing as a career?
Very much so.

10. Is there anything you find particularly challenging in writing?
It's silly, but scene description. With my books there's not a lot of filler in regards to describing a room my characters have entered. While I can picture it in my mind, writing it never seems as good.

11. Who is your favorite author and what is it that really strikes you about their work?
Jenika Snow. She writes in nearly every sub genre of romance and her stories are always fresh. I've yet to find one lap over another.

12. Do you have any advice for other writers?
Write what you want. Keep going until you're happy. Never be afraid to ask for advice.

13. Which of your books do you like the most?
Kennedy's Redemption.

14. Do you get nervous when you publish a book?
Yes and no. It depends on the subject of each book I suppose. With my new release, One Dance for Case I wasn't, I really loved Case and Ev's story. But with OWNED by Dominic I was, even though I loved it every bit as much as Case, i knew that because of the age difference it was either going to be hated, or loved.

What do you do to relax?
Write, or binge watch something on Netflix lol

Cats or dogs?
Dogs all the way!

Favorite music genre?
I'm a lover of all music, I don't think I could choose just one genre.

What questions would you like to ask your readers?
What made you take a chance on me?