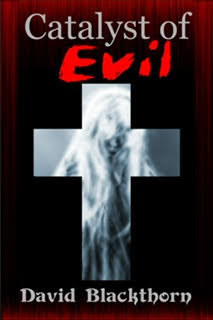 Detective Devin Alexander moved to an upstate region of New York to escape his past.  His once promising career was overshadowed by an act of violence and a failed marriage, both of which he tried to forget by drinking each night.  A man with nothing more to lose, he is relentless in his pursuit of the criminals involved in the cases to which he is assigned.

His latest investigation is teaching him that not every case is cut and dry, especially when the killer you’re chasing is centuries old and unseen by the human eye.  Evil in its purest form has descended on a college campus, claiming a new life each night in a horrific and ritualistic fashion.  Using technology as a catalyst, this evil threatens to spread beyond the capitol region of New York to everywhere the internet will reach.

As Detective Alexander and the others begin to unravel the clues behind the gruesome crime scenes, warnings are issued and the game is stepped up in pace.  Time begins to run out and the possibility arises that there may be more than one killer, or a single killer possessing numerous individuals.
One by one, each person involved in the case is put in increasing danger, threatening to dwindle their numbers until there is no one left to stand in the way of a coming doomsday in the sacrificing of souls.  To keep himself and the others alive, Devin must become the detective he once was.

Can this nightmare be contained?  Devin and his partners must find a way to do so before all Hell breaks loose. 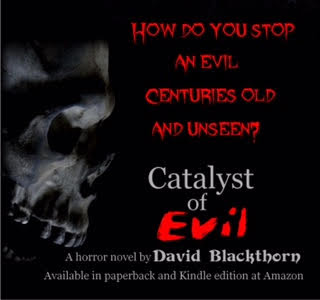 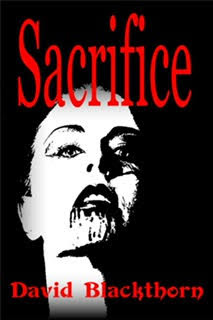 “Purity and blood will keep me young and beautiful."

Beth Ferguson was a young woman, pure in virtue. Her family was poor, jobs were scarce, opportunities were few…until she goes to work for Amelia Alexis, the most beautiful woman in a small village in upstate New York.

As time passes, Beth learns that Amelia is not what she seems. There is a darkness about the woman, a darkness that begins to sicken and intrigue Beth, all at once. As events unfold, she learns that no one in the village is who they appear. Dark forces come into play and piece together like a puzzle.
As Beth attempts to decide her own fate and future, a bloodbath looms over the small village and threatens to envelope every player in a dark, evil play and threatens to consume every soul within. 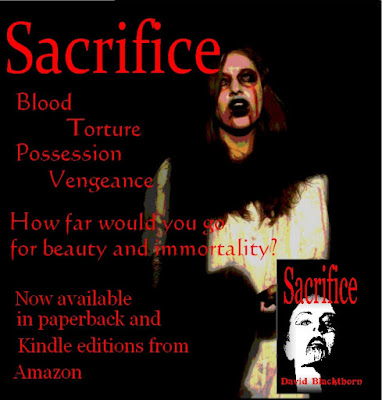 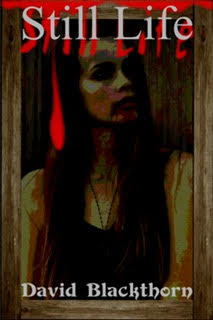 When Jeanie Montoya brings home a painting she purchases in an antique shop she brings more than just a canvas and frame into her house. As her husband seeks to find answers behind the changes occuring in his wife he finds a trail of unexplainable deaths and something more terrifying than anything he could imagine threatening to consume Jeanie. 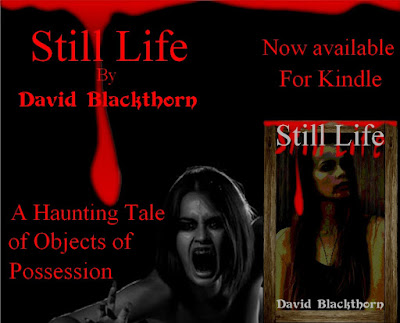 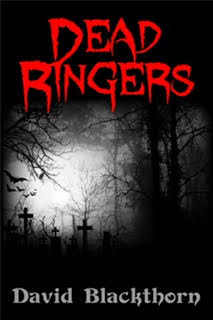 What began as a night of drinking in a cemetery is about to become a nightmare for Jacob Crowley and his friends. 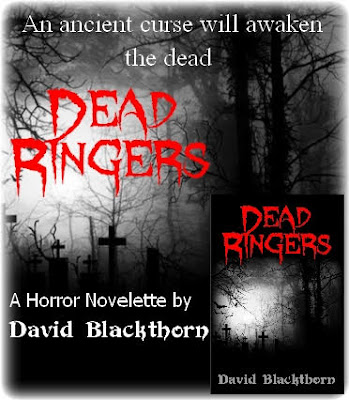 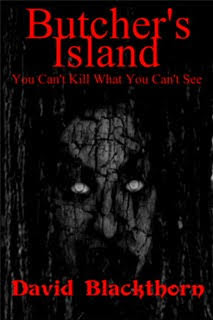 You can’t kill what you can’t see.

Strange deaths have been occurring on Brusser’s Island, a military run prison for criminals of the most brutal kind.  For this reason it was nicknamed Butcher’s Island by those who know of its existence.  Unmapped and located far off the coast of Long Island, the chunk of land in the ocean is the site of classified research completely unknown to anyone save for a select few individuals who will speak nothing of the details.

Corporal Brandy Grey has discovered the horrific remains of an inmate resulting from the attack of something not human yet not animal.  Mutilated, half eaten and scalped, the death brings an investigation led by General Weston Moore and his team of soldiers.

What begins as a mission to find out what is taking place on the island turns into a fight for survival against a terrifying enemy perfectly camouflaged by the trees in which it hides. 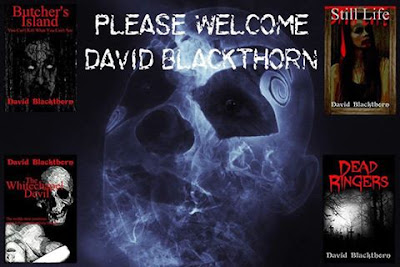 Arizona horror author David Blackthorn crafts tales ranging from short stories to novel length.  His short stories include Dead Ringers, which was included in Horror Society Stories Volume 1 and is now available in its full stand-alone novelette form for kindle and The Apparition, which appeared in an anthology in the United Kingdom titled Tales of Mystery, Suspense and Terror.  His full length novels Catalyst of Evil and Sacrifice are available from Amazon as well as his horror novelettes, Still Life and Dead Ringers.  The new novel, Butcher's Island is set to release on September 24 in paperback and Kindle editions.

1. When and why did you begin writing?
When I moved to Arizona while looking for work.

2. When did you first consider yourself a writer?
I still struggle with the thought of considering myself a true writer but I think the first time a person typically considers themselves a writer is when their first story is published.

3. Do you plot out your books on paper? Or seat of your pants?
I do outline to a degree but the stories often progress and the outline changes as I go.

4. Are experiences based on someone you know, or events in your own life?
I've never based a character on someone I know.  My stories are also not based on anything in my life.

5. What books have most influenced your life?
The classics first influenced me, like the stories by Poe and Bram Stoker.

6. If you had to choose, which writer would you consider a mentor?
One of the first writers I would say influenced me was Brian Lumley.  His novels and character development were outstanding.

7. What book are you reading now?
I've taken a small break from reading while I work on my newest works.  After that I'll get back to reading.

8. What are your current projects?
I'm working on two novels and a few novelettes at the moment.

9. Do you see writing as a career?
Writing is more of a hobby for me.  Its a form of stress relief and therapy.

11. Who is your favorite author and what is it that really strikes you about their work?
There are too many to list.

12. Do you have any advice for other writers?
Write for yourself.  If you enjoy it, someone else will too.

13. Which of your books do you like the most?
I think my favorite is Catalyst of Evil.

What do you do to relax?
I write and record music