Brock LaDuece is a millionaire, but in name only.
When his father disperses an ultimatum clearly stating he must marry, if only to secure the future of his family’s Fortune 500 company, Brock reluctantly agrees he has but one choice…

To find a woman his parents will love, even if he doesn’t.

~~~~~
Brooke Malloy is over the childish clichés born from romance of any kind. Studiously overseeing the day-in and day-out operations of her parents’ family-owned bed and breakfast has become her life’s routine.

By mere chance, or her best friend’s unwavering determination, Brooke finds herself front and center in the world of reality television.

~~~~~
When Brock and Brooke are thrown together after a heated one-night stand, only to come face to face the next day as opposing contestants on a failing reality television show, sparks fly. But not in a way either of them expected.

Facing each other again is tough enough, but doing so in front of hundreds of thousands of viewers who thrive on critiquing their every move, proves not only difficult, but their own hellish version of reality is in the spotlight. 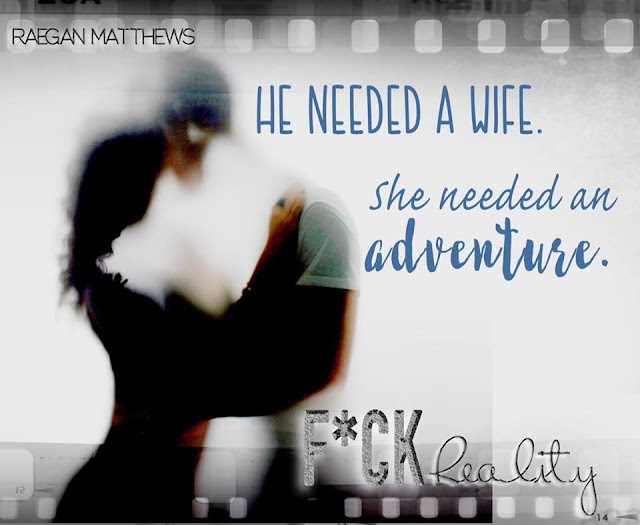 
Grabbing her waist and taking her with me, I change our positions. Once I’m on my back, Brooke looks down with her hair in a tangled disarray. Any other woman I’ve been with would hate looking as she does on top of me, but Brooke makes it beautiful.

“Ride me,” I demand, using my hands to guide her hips into a torturously slow motion.

When her body bends, she blankets mine, but holds me inside her with care. Her hands squeeze the straining muscles of my arms and she uses them to brace herself. I feel her mouth at my chest again; kissing, licking, searching. When she takes my nipple and bites, I jolt with its provocation.

Sitting up, she removes my shirt from her body and tosses it to the side. With her chest on full display, she runs her hands up her body to touch herself as I lay under her and watch.

“Fuck, you’re beautiful,” I hiss, lifting my hips from the bed to drive deeper.

Brooke licks her lips again, this time with a knowing smirk.

“Touch yourself,” I instruct.

Doing as she’s told, I watch with rapt attention as she trails her fingers to her clit. Her insides spasm around my cock in reaction, and I’ve reached the point that I can’t take much more.

“Brock,” she moans, looking to the ceiling and rocking back and forth with fiery greed. “Shit, I’m—”

“Fuck!” I bite out. Grabbing her hips, I toss her over and adjust her beneath me again. Pounding into her with relentless thrusts, she scans my face with an intensity I can’t understand.

“Don’t stop,” she orders as her legs wrap around my waist, where she locks her ankles together.

Without wanting to ever get away, I continue pulsing in and out of her with deep and penetrable pushes and pulls. In and out, quick and quiet.

She doesn’t. Instead, Brooke’s body further ignites, pushing me to the brink again and again before spiraling me into releasing all I have.

Both karma and fate are looking down on me and laughing their mother fucking asses off. 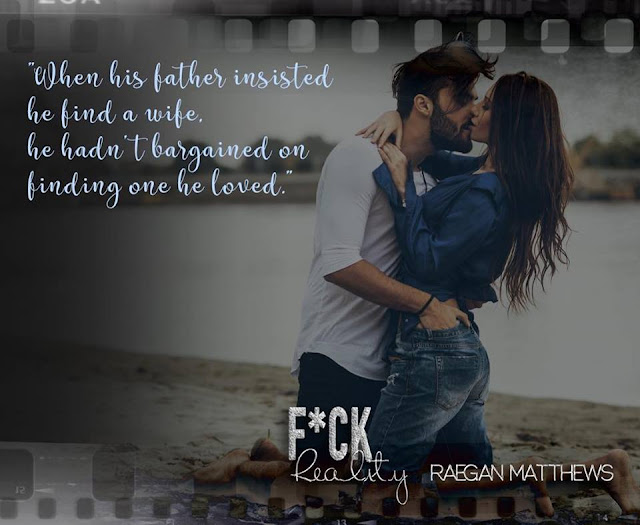 The soft and sweet mumbles she’s been murmuring in her sleep aren’t the problem either.

The reason I’m awake at this hour is because my mind won’t stop racing.

After we shared a full plate of bacon and a few bites of whatever else room service brought up, we hung out in bed and talked. This is where I learned she had a great childhood, with a loving father she adored, a mother she tolerated, but loved all the same, and a pain in the ass little brother she despairingly admitted she wouldn’t trade for anything. She has good friends she considers family, as well as a job working for her parents which she bears, but doesn’t always want to have.

Spring is her favorite season because she likes the rain. She told me the sound of it hitting the pavement and windows calms her. Being outside, sitting in the sun comes second best in fun only to late night movies in bed, cuddled under the covers with whoever is willing to do so.

And, without having to tell me, I already knew she loves to laugh.

We’re so alike. I’m not sure how she’s truly real.

If only she was a die-hard baseball fan.

We can work on that.

Grabbing my phone for distraction, I check the incoming messages. I find none, except the one from Drew earlier, which stares back at me.

Drew: So? How’s it going? Have you met Mrs. Brock LaDuece yet?

In a matter of hours, everything since being here has shifted. By no means is Brooke Malloy in love with me, nor am I with her. However, the compatibility and possibility factors that I’ve waited years to find and experience are all there—all coming one week too late. My remorse for tomorrow sits heavily between us. The bed isn’t big enough to hold its weight.

Reaching for her hand, I take it in mine. She wears pink polish, which after knowing her for as little time as I have makes sense. Her angelic face is relaxed in sleep, her light brown hair falling haplessly against the pillow. Her long neck, leading to a chest reddened from my hands and jaw reflect back at me. I’d love to wake her, but I’m unsure how she’d react.

What the hell, right?

All of this will be gone tomorrow, forever filed away as a chance meeting and one-night stand that I should feel lucky enough to have had with a great girl from a happy home miles and miles away from here. 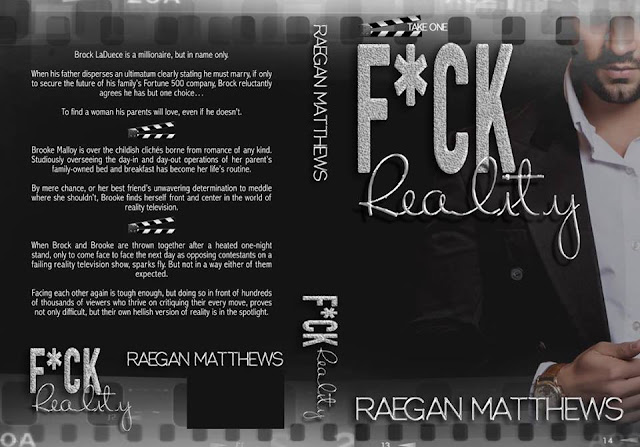 Bio:
When I'm not chasing the "Field Of Dreams" with my baseball obsessed other half I'm just a girl...who loves to write.
My debut novel F*uck Reality comes out in September.
Posted by Barb at 12:00:00 PM