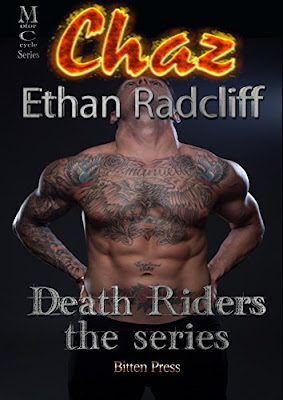 Chaz Barros is committed to helping Conrad Peters, a brother biker, who is on the run from the mob.

Motorcycles, hard, hot women who never say no.
Hard men who never take no for an answer.
All of the above make up most motorcycle clubs.

Chaz Barros is no exception. He’d served his time, committed his. crimes, and is president of the San Bernardino California chapter of the motorcycle club Death Riders. Meet Torri MacClare, the woman
in his life. Like most biker chicks, she’s untamed and tough.

Another great installment of Death Riders. This story just keeps unfolding and gets better and more intense as it goes! Chaz and his ole lady Torri (a match made in kink heaven) take Danny and Xavier in when they reach California, as Danny and Chaz put their heads together to help their pal Conrad. But they soon earn all is not as it seems!!!! Readers learn some things in this installment of the series that will have them fanning themselves and saying OMG at times and screaming OH HELL NO at others (sorry I don’t do spoilers).

This is one story you don’t want to miss out on. If you haven’t started the Death Riders series yet, grab Please and Bad (novellas 1 & 2) and get to reading because part 3 will have your toes curling from the sex scenes and your mind and heart racing by the time you hit the end! I hope Mr. Radcliff brings us part 4 soon because it’s got to be a Humdinger of a tale considering how he leaves things at the end of Chaz! 2 Thumbs up for an awesome series! 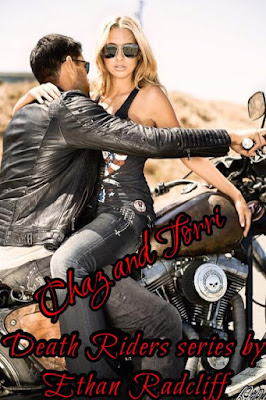 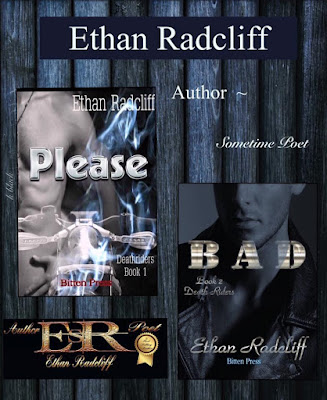 Conrad Peters was an outcast and handsome in a rugged sort of way. He’d given up on society yet women wanted him at every turn. Motorcycle bound, he lived from place to place and dollar to dollar, taking love where he could find. 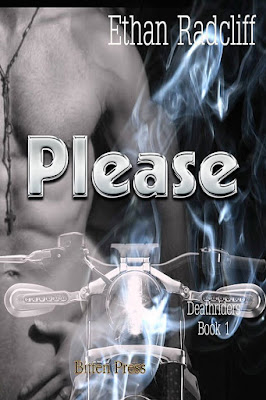 Beauty is often used and abused. He’d find that out after meeting the woman he’d love. Saving himself was a daily chore, but could he save her as well? 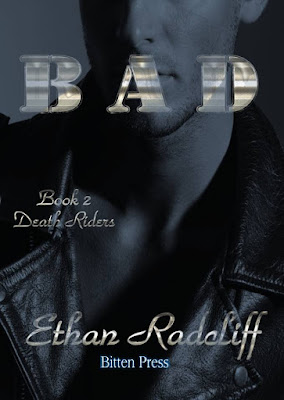 As they travel together toward California, they’re dodging a tail that’s been put on them by Xavier’s sister’s husband. They’ve already helped her sister and Conrad, Danny’s best friend, leave Georgia, and they are now heading toward Canada.

On his friend's recommendation, Danny plans to join the California chapter of the motor cycle club, Death Riders... a club that prides itself on staying below the radar and the police. But will Danny’s decision destroy his newly formed bond with Xavier? Or will they both find what they are looking for. 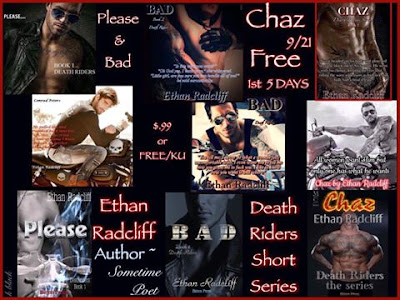