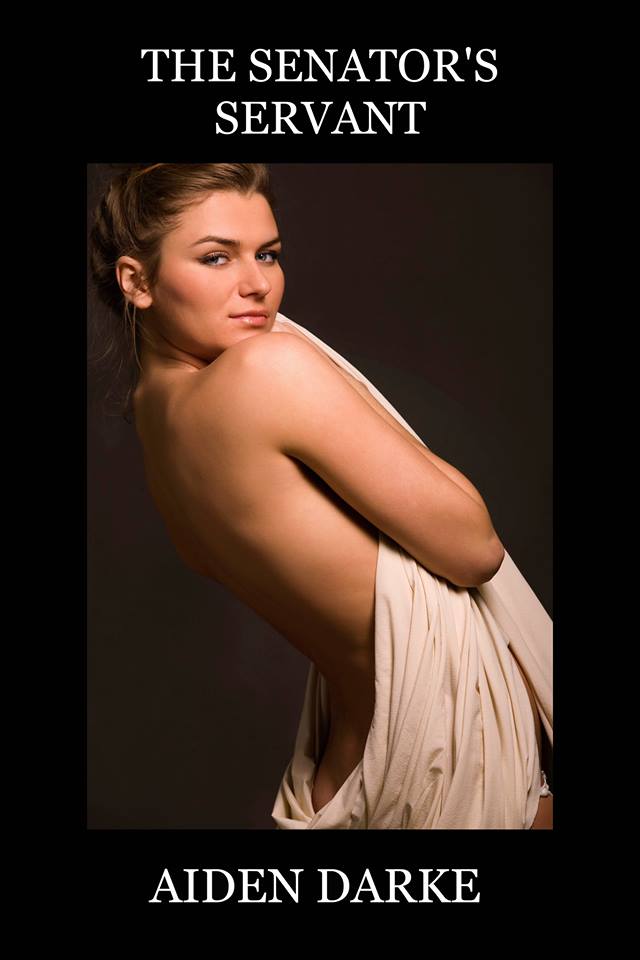 Academic historian Julia is researching Ancient Rome, when she comes across a statue that is eerily like her. Touching it transports her back to Ancient Rome, where she finds herself a slave to the stern Senator, Marcellus. Immediately in trouble with the Senator’s wife, Julia finds herself playing the role of slave with indignation and hardship, but also pleasure. When she is tasked with spying on Marcellus’ enemy, the playboy Clodius, she finds herself drawn to him. Will she stay loyal to her Master, or will Clodius seduce her? And will she ever find her way home?

This is the compendium release of the Slave Of Rome Series, under a new title. 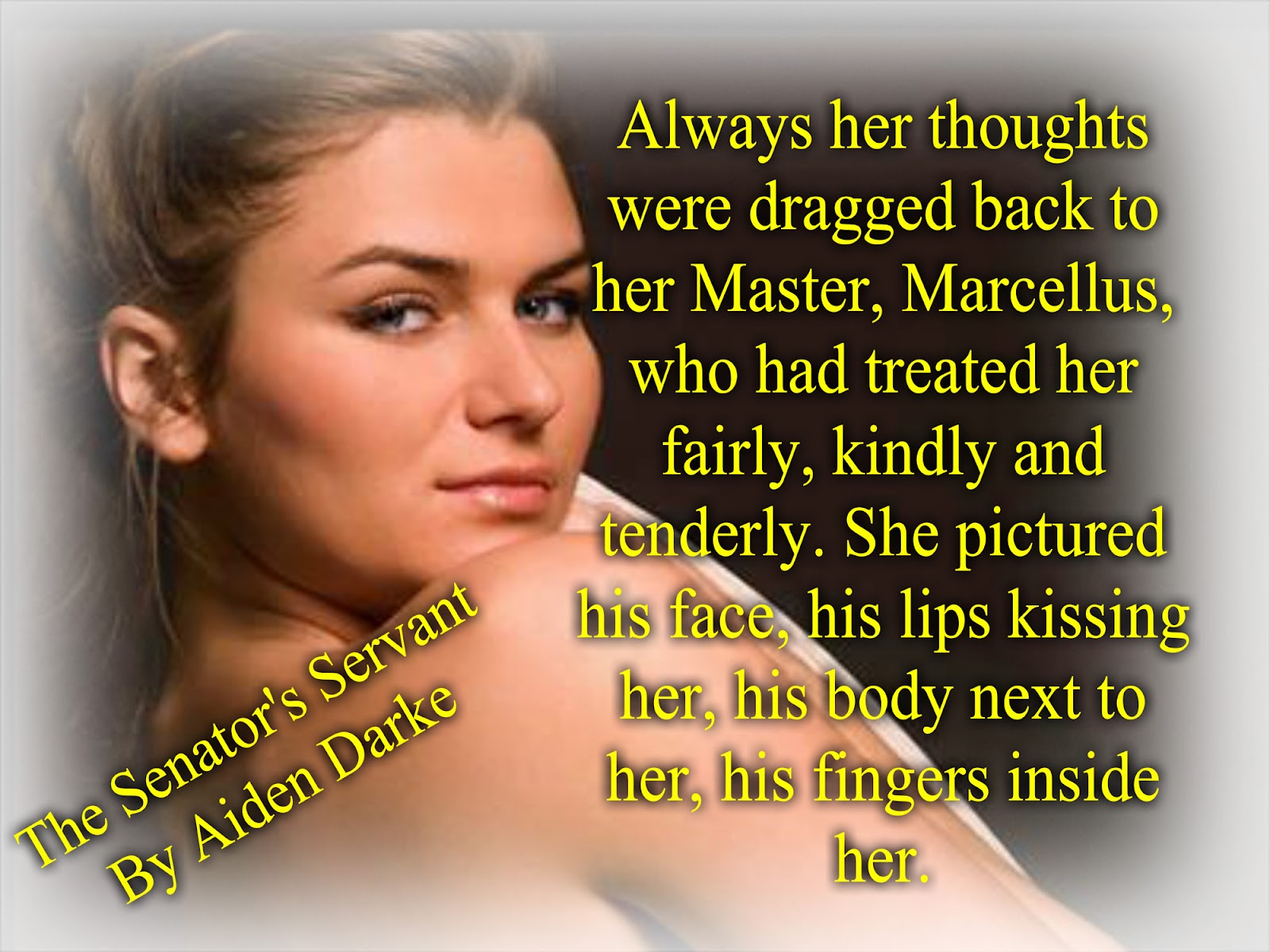 Julia started from her sleep, rolled over to see who was talking, and winced as her weight pressed her buttocks into the prickly straw. Standing in the doorway was a tall man, well built, likely in his forties judging by the streaks of grey in his short black hair.

“Get on your feet.” The tone brooked no argument, and Julia scrambled up, glancing nervously around and realizing that Postuma was nowhere to be seen. She must have left her to continue to sleep, and Julia wondered now if that kind act would cause her more trouble than it was worth.

The man looked her up and down, and Julia became aware of her nakedness. She moved her hands to cover her breasts and between her legs.

“Put your hands by your sides,” snapped the man, and Julia did as she was told. He appraised her with what seemed like an expert eye, and then nodded in apparent satisfaction.

“So you are the new slave. Julia, isn’t it?”
Julia nodded.

“Hmmm. My steward has a good eye. He knows what I like, I think. I’m Marcellus, your Master. Follow me.”

Julia did as she was told, feeling helpless to do anything else. What choices did she have right now? Try to run away? A naked stranger in Ancient Rome. Besides, she knew what they did to runaway slaves in these times.

Marcellus led Julia to a small bathhouse, containing a heated pool. Despite her fear and confusion, the historian in her couldn’t help taking in the details in wonder. Marcellus must be very rich to have his own pool, she thought. One of the super-rich, maybe a senator. The equivalent of a billionaire in her own time, so far above the other mortals they seemed not to even breathe the same air. He walked with confidence, not considering the possibility that she would disobey him, or indeed that anyone would.

When he reached the bath, he turned to her. “Disrobe me,” he said.
He was wearing a toga, and Julia took hold of it hesitantly. The toga was a heavy single length of white wool, wrapped around the wearer in intricate fashion. She carefully peeled it away from his body, revealing a well-muscled chest. She saw pale scars against the tanned skin, sword cuts she thought. A military man, then. Most of the senators were, in Republican times. She wasn’t entirely sure which period of Rome’s past she was in, but hoped she would pick up some clues.

She continued to unwrap the toga, and as it fell away from his lower body, she was confronted by his naked groin. Of course, Roman men didn’t wear underwear. Her eyes widened at the sight of his cock hanging down between his legs. Marcellus followed her gaze and smiled. “You look like you have never seen one of those before, girl.”

Julia looked up at him, mouth open, not sure how to reply. Marcellus just laughed, and descended the marble steps into the steaming hot water. His body disappeared beneath the surface up to his neck, and he sighed. Julia stood, uncertain what she was supposed to do next. Marcellus looked round and raised an impatient eyebrow.

“What are you waiting for, slave? Come and bathe me.”

Julia stepped into the bath after him, surprised at how hot the water was, actually enjoying the scented, soothing liquid, even as it came over her sore buttocks. Marcellus gave her no further instructions, so she moved behind him and started to massage his shoulders. He sighed, bowing his head forward, and she pressed her fingers deep into the firm muscles of his shoulders. Her head spun. Was this real? Sitting in a hot bath, naked with a Roman senator, while she gave him a massage.

Marcellus leaned forwards and she ran her hands down his back, kneading the muscles that ran along his spine and in between the backs of his ribs. He groaned with pleasure, then grabbed one of her hands and guided round to his chest. She had to lean into him, her breasts pressing against his back as she reached round to stroke his pectorals. Her fingertips moved to his nipples, circled them lightly. What was she doing? And then realized, that despite everything, she was starting to feel turned on. 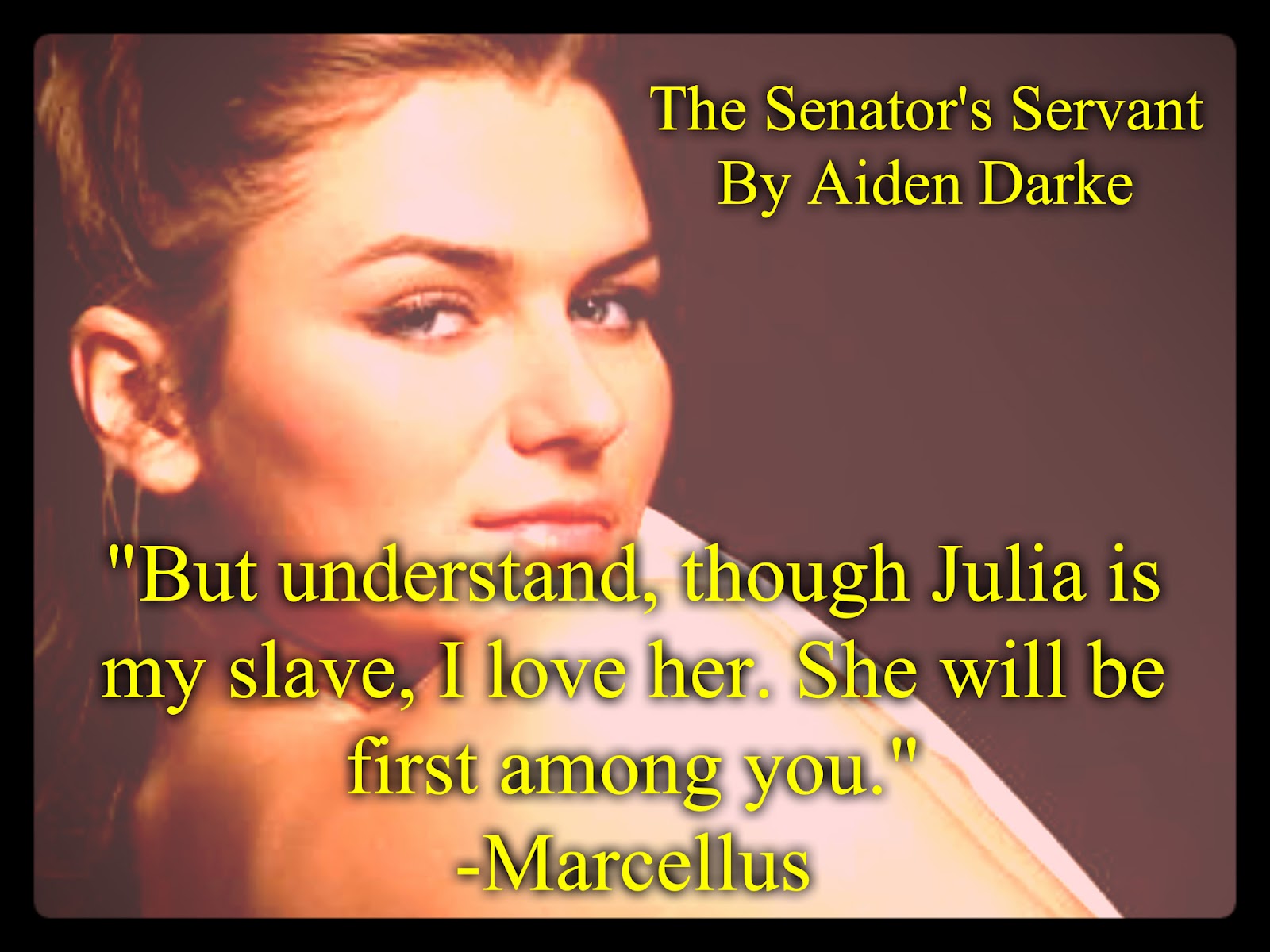 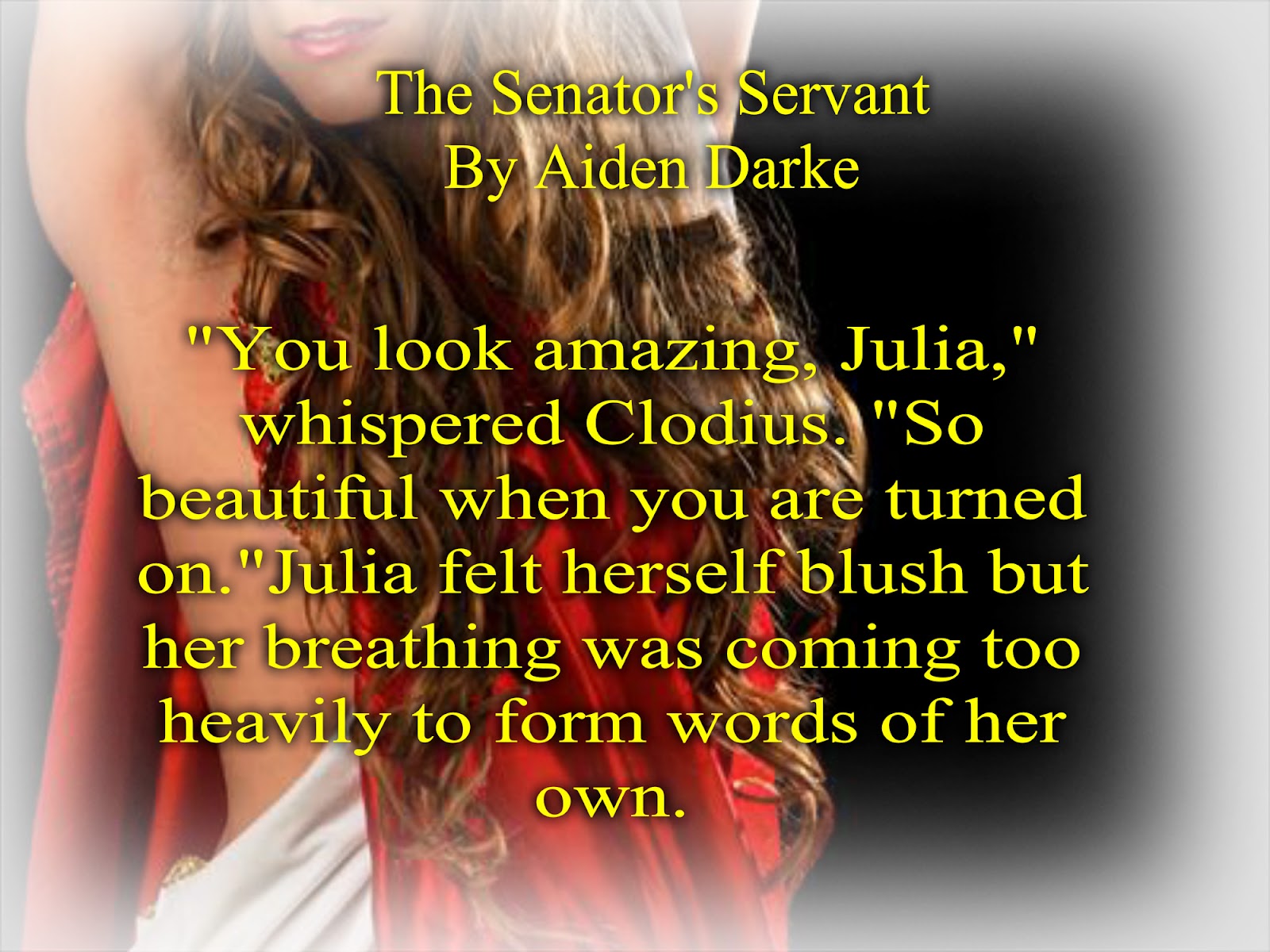 
Aiden is a 40 something professional from the UK. He has been writing all his life, publishing non-fiction for 15 years and Amazon bestselling fiction for the last couple of years under his real name. Aiden is his secret pen name for writing erotica, allowing him to give free reign to his imagination without fear of censure. He writes in a variety of subgenres, contemporary, paranormal, and the Senator's Servant is the compilation of his highly rated Slave of Rome series.