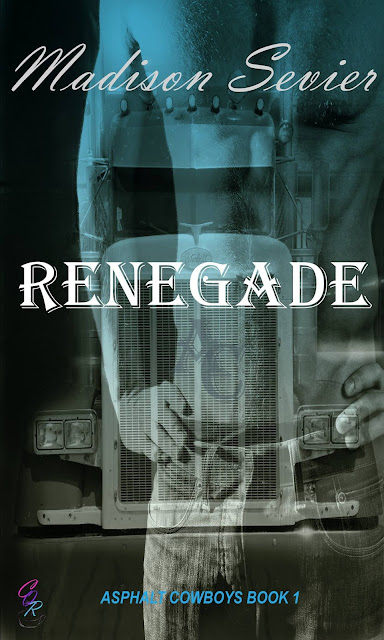 The Road Is His Future...

Longtime steel hauler, Mason Kaine, a.k.a. Renegade, only needed a few things to be happy--The whisper of his tires on that long ribbon of highway in front of him, money and a life with no complications. Being an Asphalt Cowboy means long, lonely hours on the road, dedication to the job and going wherever the loads are needed. Mason liked it that way. Meeting a feisty blonde whose allure is more potent than the finest Kentucky bourbon was not on his itinerary. He knows he should just walk away and leave the woman to deal with whatever mess she's in. But can he really just leave her alone and injured at a truck stop when he knows she's in way over her head?

She's Running From Her Past...

Savannah Somers has been on the run and in hiding for more than four years. Working at a truck stop hundreds of miles from her former life, she's been able to blend in and stay safe. That is, until two people from the world she left behind and Mason Kaine walk into her new life on the same day. With her past chomping at her heels and Mason Kaine's scorching sex appeal, Savannah finds herself on a path with twice the danger and more than just her life at risk.

Can Savannah find the safety she's always needed...in the arms of a man like Renegade?

Will Mason be able to save Savannah without finding himself chained to a lifetime of troubles?

It'll take more than one hot load to find out if they'll make it together...for the long haul.

**Asphalt Cowboys Do It With Straps & Chains** 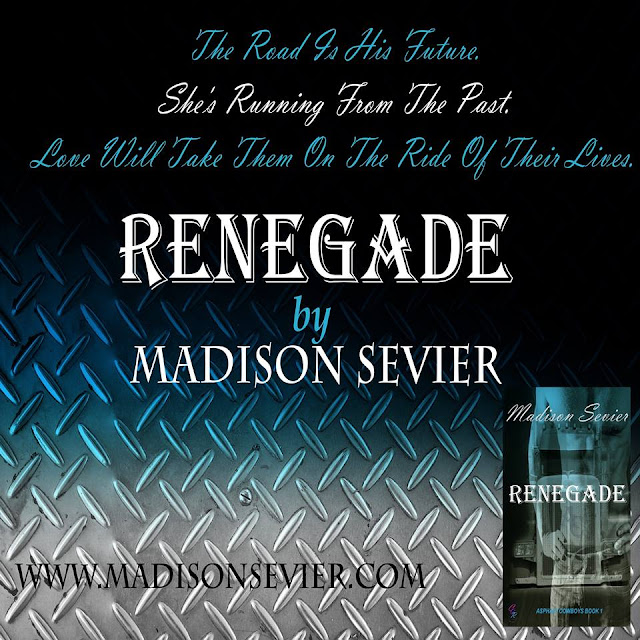 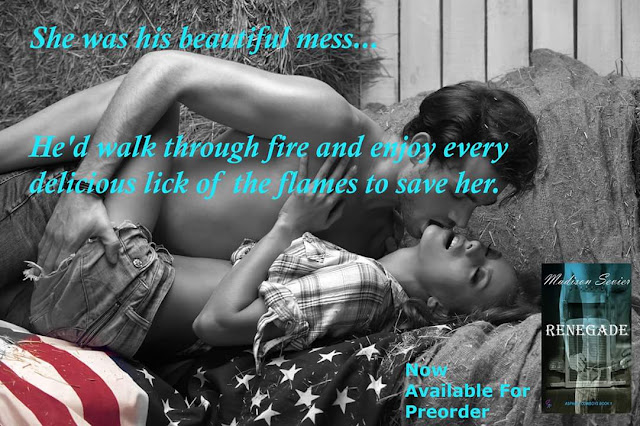 The silence between them dragged on for what felt like an eternity. She tried to rub away the goosebumps that rose across her arms. Waiting for him to speak, watching the array of emotions that donned his face as he seemed at a complete and total loss for words—made her nauseous. With all of the running she’d done over the years, she’d felt some strange sense of control in the crazy chaos that had become her life. Sitting beside Mason on that supple leather sofa, knowing he had the power to help or hurt her—she’d never felt less in control. “Is that all? There’s nothing else you want to tell me?” He leaned forward, bracing his elbows on his legs and folded his hands together.“Um, no. That’s all.” Her throat was dry, making her words raspy and weak sounding to her own ears. Of course there was more. She wanted more than a ride to Florida. She wanted him. But she couldn’t have him.Raking his hands through his hair, he stood and turned to face her. “I’m not going to lie. That’s a lot to take in. To be honest, I haven’t been this pissed in a very long time.” The edge to his voice, the darkness in his eyes frightened her and she stiffened her spine, prepared for the worst.“I’m sorry.”He slammed his hand on the counter. Savannah flinched at his sudden outburst.He scooped her up onto her feet. “For what? You did nothing wrong. Do you hear me?” Mason’s fingers dug into her arms, roughly but not painful. “Anyone who does the shit that man did to you and those animals is worse than the shit I’ve scraped off of my boots. Do you have any idea how badly I want to choke the life out of him for what he has done? There are three types of people in this world that I absolutely hate; men who abuse women, men who abuse children and men who abuse animals. They deserve nothing less than a trip to the fiery pits at the center of the earth. If I ever see this Vinny Bennet character, you can bet he’ll be begging for a lot more than mercy. Believe that.”The fire in his eyes, the passion in his words and the way he held her took over any bit of self-control she possessed. The close quarters, though roomy enough, her chest was pressed to his as she looked up into the eyes of the kind of man she’d always prayed to find; a man who did more than say the right words. She knew Mason was being honest and he meant every word he’d said. He was the polar opposite of every man she’d ever known. He’d seen pain, loss and hardship—she could feel it. Savannah wasn’t sure what had made Mason the man he was, but she was grateful for it. Before Savannah could stop herself, she stood on tiptoe and pressed her lips to his. Sweet heaven! The man’s lips were softer than she’d remembered. From the moment he’d first kissed her, she’d longed to feel his lips on hers again. Just as she settled into his embrace, relaxing herself against his rock-hard body and erection, she felt him tense up.“Darlin’,’ he eased her away from him, holding her at arm’s length, the absence of shared body heat only increased her desire. “You are the sweetest tastin’ thing I’ve had the pleasure of kissing in a very long time. But I don’t think this is what you want to do. I’m not sure you’re feelin’ up to what I have in store for you if this goes much further.”“I appreciate your concern and while I admire your restraint—Mason, I don’t need your misguided sense of nobility right now. The only thing I need is to feel your body against mine. That’s all you need to worry about.” Staring into his eyes, she eased her hands across his solid chest and over his muscular arms. Savannah knew she wouldn’t mind being held by those arms for the rest of her life. Taking his hands in hers, “I’ve spent years being nothing more than a fearful, suspicious woman broken by disappointment and heartache. I need this. I need you.”Slipping the cotton shirt over her head, removed her jeans and pushed her panties to the floor. Baring herself to him; “Don’t make me beg, Mason. Let go of your morals or integrity or whatever you want to call it. Just make me feel how a woman is supposed to feel—even if it’s only for a little while. You wanna be my hero? Take off your pants.” 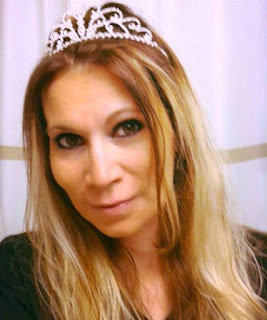 Romance author and self-proclaimed Coffee Queen, Madison Sevier, spends her days pressing coffee beans into a magical potion that allows her to bring life to unique and lovable characters in realistic worlds you'll want to fall into. Against a romantic backdrop of the Ohio River and surrounding hillsides, she creates contemporary and paranormal romance stories that work their way into the hearts of readers worldwide. Actually, she just lives on coffee, inappropriate thoughts, sass and making stuff up. Whatever that combination creates is what you get.Some of her favorite hobbies include; extreme coffee research (drinking), mug collecting (for the drinking), hiking, reading, baking, horseback riding and keeping your romance hot and steamy-- just the way you like it.She loves hearing from her readers and meeting new ones, so feel free to contact her at any of the following places...RWA Member: Madison SevierRWA Passionate Ink Chapter: Madison SevierFacebook: Author PageFacebook: ProfileTwitter: @MadisonSevierInstagram: @madison_sevierNaughty Is The New Nice...
Posted by Barb at 9:00:00 AM