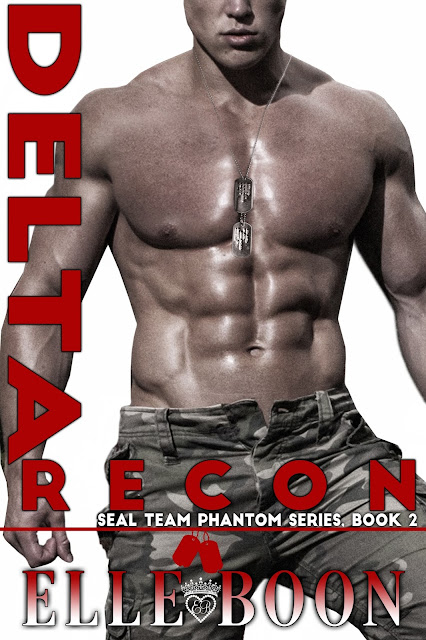 A SEAL ON A MISSION…Taylor Rowland spent over a year trying to forget the one woman who was unforgettable. Wounded on a mission, his team turns to Jacqui, the woman who had been haunting his dreams and the last person he expected to assist his friends.

A FIERY AND FEARLESS OFFICER… Jaqui gave her heart and body to Taylor, foolishly thinking he cared as deeply for her as she does him. When he left her without so much as a goodbye, she picked up the pieces and moved on.

A DANGER NEITHER EXPECTED… When Jaqui is sent off in his place to the rainforest of Columbia to help track Jose Medellin, the leader of the Cali de Valle drug cartel wastes no time in abducting the only female on their team. In an instant she’s gone without a trace. Taylor and the rest of the Phantom Force race against the clock to save Jacqui, knowing the horror awaiting her at the cartels hands. Taylor may find her in time to mend her body, but it may be too late to mend her broken heart. 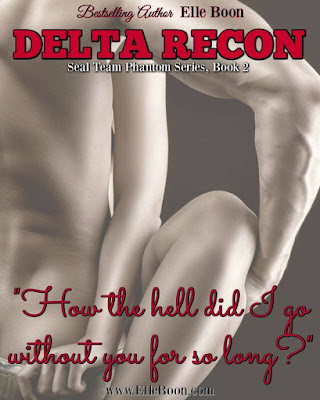 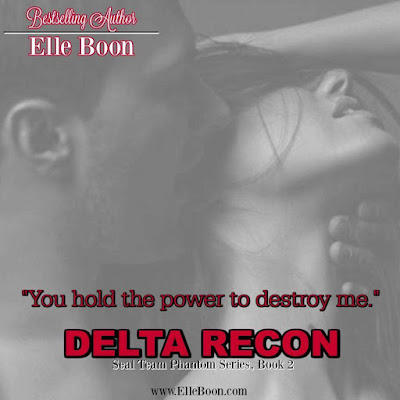 
“You could make a saint a sinner, Taylor Rouland.”

His lips kicked up in a devilish grin. Those full lips she knew would give her so much pleasure. “Consider me your own personal devil, Ms. Wallace. Now you just lie there and let’s see if I can get you to scream my name this time.”

He hooked his foot on a chair and sat. The position put him at the perfect height, and left her completely open and vulnerable. He placed his big palms on her knees and widened her legs. She hadn’t realized she’d closed them. Thick blond lashes gazed up at her. “Every inch of you is beautiful.” He trailed his hands up the insides of her legs like a slow tease, making her stomach muscles tremble. His hot gaze telling her in no uncertain terms he was done talking.

Leaning back on her elbows, she bit her lip. Breathing became harder the longer he sat there staring, and then he lowered his head, placing an open-mouthed kiss at the top of her mound, his dark blue eyes locked with hers.

He lifted her legs over his shoulders, slid his hands around her hips, then down to her waiting pussy, the folds still soaking wet from her earlier orgasm. When he dipped his head, he spread the lips of her sex open at the same time, exposing her clit and rubbed the stubble of his chin against the sensitive bud, making her jerk. “Holy, shit.” It was not enough, yet she knew he was going to give her so much more.

“Still not screaming my name.” He blew a breath of air over the glistening folds. Her sex pulsed with renewed need.

As soon as the words left his mouth, he bent and she was hard pressed to stay upright. His mouth devoured her, licking and sucking with such masterful skill she didn’t want to think where he’d learned the skills, couldn’t think of anything except for the way he made her feel. Firm laps of his tongue along with the slight scrape of his beard, brought her close, but not quite there. “Please,” she begged. She was nearly there, but needed more.

Slow, agonizingly slow, lazy lick after lick, and then his heated gaze met hers. “What’s that?” he growled against her.

Oh, he was such a tease. She grabbed the back of his head. “Please make me come, Tay. I need to…”

She didn’t finish her sentence before he’d latched onto her clit, massaging the pleasure point with the exact amount of pressure she needed. Two fingers slid through her, in her with ease, giving her that last bit of friction she needed, and her head fell back onto the hard table. Her hips lifted, riding his face and hands as ecstasy swept over her. “Yes, Tay, oh god, more,” she swore.

Vaguely she was aware of him standing, and heard the chair scraping backwards as he stood and positioned the head of his cock against her. “You sure?”

“More than anything in the world,” she whispered, the truth that was more than just words. Her world was a lot larger than what she’d allowed it. Sure, she’d jumped out of planes, and had been all over the world and back. But, she’d kept to her safe little bubble. Until Columbia. Now, she wanted to reach out and experience everything. If that included heartache again, then she’d survive, because she was a survivor, however she wasn’t a quitter.

His air came out in a stream of breath like he’d been holding it in. Silly man. Here she was laid out, naked on his kitchen table, and he didn’t realize she was a sure thing. He acted as if her answer meant as much to him as it did her. God, she hoped so.

Before she allowed herself to overthink things, she held her hand out to him. Wrapped her legs around his hips, wondering when he’d dropped the shorts, immediately forgetting everything except the feeling of him stretching her.

Damn, he only pressed a few inches inside, yet she felt deliciously full, needing more. She hadn’t realized she said the word until he swore, then pulled back and pressed further inside.

“Jesus, sunshine, don’t. I’m holding on by a thread. You keep talking like that and this is gonna be a hard, fast ride, not what I want for our first time in over a year.” He swiveled his hips.

She lifted against him, squeezing her inner muscles. “You can make it up to me…next time. This time I want it hard and fast.”

Her words were like waving a red flag at a bull. His nostrils flared, and then in the next instant he pulled almost all the way out, then shoved all the way in, eliciting a yell from her. It felt so damn good, it hurt, in a good way. Her body worked to accommodate him, memories of how sore she’d been for days after their time together flashed in her memory. Another cry tore from her throat as he pulled back, and powered back in, not giving her a chance to adjust to his size. Tay didn’t allow her to catch her breath, just powered in and out, giving her exactly what she’d asked for, and she loved it.

With each downward thrust he hit her clit, pumping into her over and over, hard and deep, with a need that matched her own, increasing with each in and out thrust. His fingers bit into her hips, pushing and pulling her into him, making her meet each one of his strokes.

Lust overtook her as she arched her back, feeling her impeding orgasm swell inside her again. Shamelessly, she reached between their bodies.

“Fuck yeah, touch yourself. Let me feel you come on my cock.” His guttural words sent a thrill through her. Then he lifted her by the hips, the new angle had him hitting a sensitive area inside her, and spots flashed before her eyes. It was too good.

Too much. So damn incredible she felt the need coil tighter between her thighs and deep within, her orgasm gathering force. “Right there, Tay. Yes, yes, yes,” she screamed, her fingers flew over her clit.

“Damn, you’re like a vice squeezing me. Fuck,” he groaned, his voice a dark and intense rumble. He pushed her fingers out of the way and took over, pinching and tugging the needy flesh until it was too much and she pushed his hand away.

She felt him chasing his own pleasure as her own still pulsed through her, his hips ramming into her, his eyes such a stunning blue and raw with desire. The hard thrust rammed her into the table and she knew she’d have bruises, but they’d be the best kind. When his hips jerked, and he growled out his release, she held her arms out, feeling completely owned when he collapsed on top of her. Their hearts beat a furious staccato against their ribs.

“That was amazing, and by far the best breakfast I’ve ever had.” He stood, their bodies still joined. 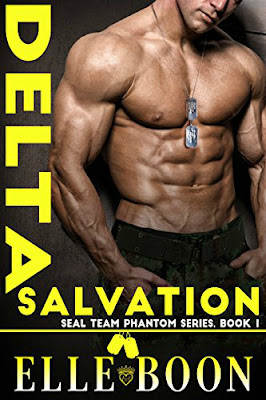 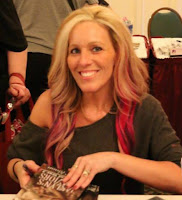 Elle Boon lives in Middle-Merica as she likes to say…with her husband, two kids, and a black lab who is more like a small pony. She’d never planned to be a writer, but when life threw her a curve, she swerved with it, since she’s athletically challenged. She’s known for saying “Bless Your Heart” and dropping lots of F-bombs, but she loves where this new journey has taken her.

Connect with Elle online, she loves to hear from you: 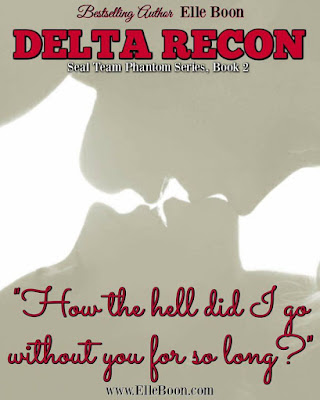