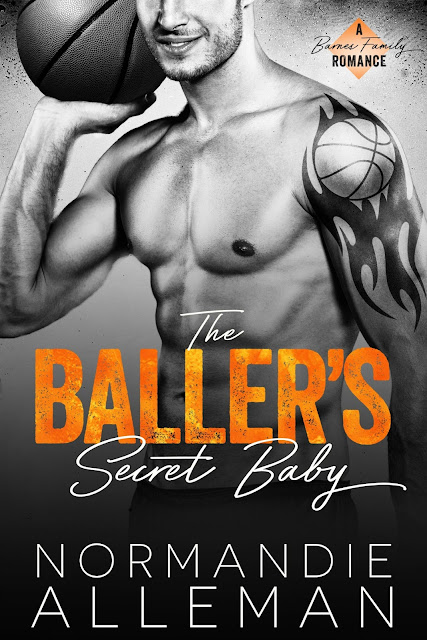 He may be a player, but this stud’s not shooting blanks.

NICK
I'm nobody's baby daddy.
I don't care how many stunning women throw themselves at me,
looking to turn one hot night into an eighteen-year paycheck.
I've got way too much on the line to throw it away for one night of pleasure.

Ball is life, and basketball is my first priority.
I've got a championship to win.
But when I see that familiar face shaking her pom-poms on the sidelines,
I’m transported back to childhood,
Back to the days before a fiery plane crash ripped us apart,
forcing us to grow up overnight.
Those were the days when Eden Evans stole my heart.
This time, I might be ready to give it right back to her.

EDEN
I have no interest in a man who comes with groupies.
With a rock legend for a father, I’ve seen the toll fame takes on a marriage.
The last thing I need is a guy with more Twitter followers than Justin Beiber.

So when Nick Barnes dribbles his way back into my life,
my heart and head go into battle.
I can't fight my desire for the sexy baller with his eight-pack abs
and panty-dropping charm.
And when that little stick shows an unmistakable plus sign,
suddenly, everything is on the line.

With a secret baby on the way, will Nick realize that having the home court advantage is what he's wanted all along? 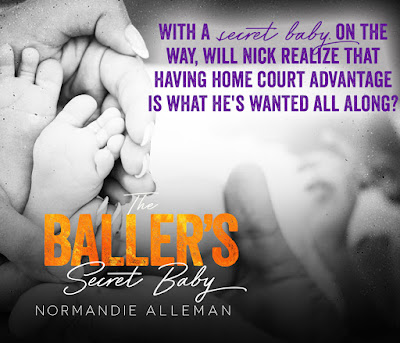 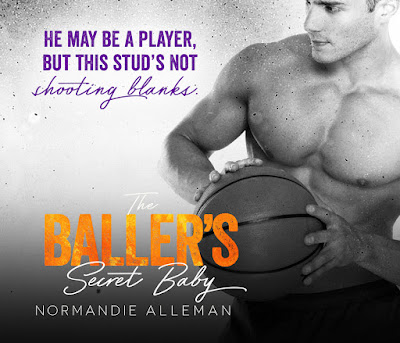 I ordered for us both and we settled into an easy conversation. Being with her felt like slipping into an old pair of comfortable shoes—if those shoes were the hottest kicks ever, and they made your stomach do a flip when you wore them.

The champagne arrived, and I made a toast. “To old friends.”

“To old friends,” she repeated and clinked her glass against mine. “I probably shouldn’t be drinking this.”

Then she told me about the scrutiny she was under from the cheerleading director of the Scorpions.

“I hear you. I don’t drink much during the season myself, but tonight seems like a special occasion.”

“You are. What a good girl.” I wanted to offer to help her work off some of the calories later, but I behaved myself and only thought it.

She giggled. “Okay, so I have a question.”

She smiled before continuing. “I heard these girls talking about how you have bunnies… What does that mean?”

It was my turn to smile. “It’s like saying someone has hops—like they can jump.”

Her face lit up. “Oh, so it’s like how Charles Barkley calls you Air Apparent because you can dunk so well.”

I shrugged. “Practice. Lots of practice.”

“Well, that’s a relief. I was afraid they were talking about Playboy bunnies.”

“Not quite. I steer clear of that place.”

“Yeah. That scene is a trap for guys like me.”

“Nah. Maybe if we could stay incognito, but once people recognize you, know you’ve got money, they all want one thing from you.”

“And I’m guessing it’s not your hops?”

“Nope. Everybody wants a payday, a piece of you. When you’ve got money you can’t trust anyone.”

She shook her head. “Especially if you’re famous. I do well with my medical business, but it’s not the same.”

I stood corrected. Damn, I needed this girl. She brought me back down to Earth.

Taking her hand across the table, I held it, the warmth of her skin felt so good in my hand that for a moment I forgot all the outside pressures, the untrustworthy people and the users in the world. Everything else melted away and it was just me and Eden, who’d known me when I was a boy. The girl who was my friend before I became a household name or signed my first contract for millions. When it was just us blowing bubbles during the hot summer days and chasing fireflies at night.

A former psychologist, Normandie has always been fascinated by human behavior. She loves writing quirky characters that are all too human. Fiber arts, baking, and Pinterest are a few of her favorite pastimes. A shamelessly proud basketball mom, Normandie lives on a farm with a passel of kids, an adorable husband, and a pet pig who’s crazy for Red Bull. If you’d like up to the minute new release info on Normandie’s books text RACYREADS to 24587 (Use all CAPS). 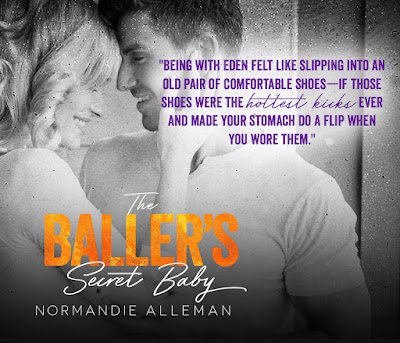 
a Rafflecopter give-away
Posted by Unknown at 9:00:00 AM