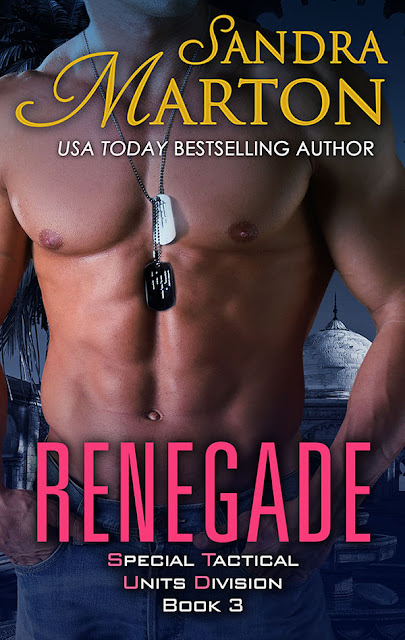 All the guys in STUD take some ribbing about the name of their Special Ops group, but Declan Sanchez sometimes thinks he takes more than his fair share.

Actually, the kidding is well-deserved. Beautiful women hit on Dec all the time. At six feet two inches he has the black-as-midnight eyes and lean, hard body of his half-Spanish, half-Colombian father, and the chestnut-shot-with-gold hair of his Irish-American mother. Dec is, in a word, gorgeous. He’s also a battle-hardened warrior, a man who always goes after what he wants—and gets it.

Annie Stanton is a petite, hazel-eyed brunette. She’s beautiful—her beauty is the first thing Declan notices about her when they accidentally meet on a California beach—but what really fascinates him is the aura of quiet she projects. If Declan is a hurricane, Annie is its calm eye. She’s also the first woman Dec has ever wanted and not bedded, a fact that amazes him even after a month of spending every possible minute together. Annie wants him too. He knows that. But she’s inexperienced, and he senses that rushing her would be a mistake. That’s okay. He’ll wait. He’ll do anything for the woman he’s starting to think of as his Annie.

And then, without warning, Annie disappears from his life. All she leaves is a note. Goodbye, I’m sorry, knowing you was wonderful. Dec is desperate to find her. He tries everything he knows, including the outside-the-law talent he developed as a computer hacker in his teen years, but there’s no trace of Annie anywhere…until he attends the wedding of fellow STUD Chay Olivieri and finds Annie is there as a guest. Except she isn’t Annie Stanton at all. She’s the Royal Princess Anoushka of the Kingdom of Qaram… and soon, very soon, the only man who can save her from becoming the bride of a brutal dictator will be Lieutenant Declan Sanchez and a raiding party of tough, combat-ready STUDs. 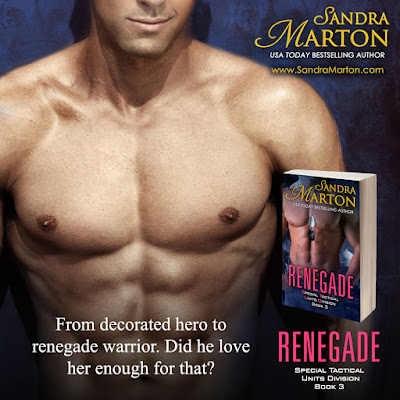 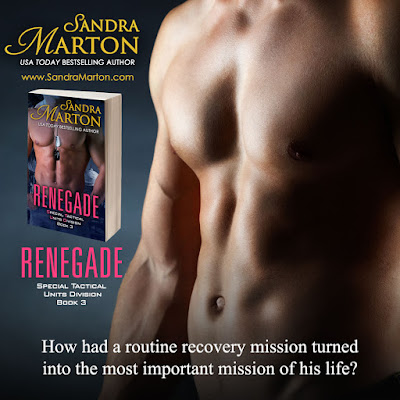 He rose to his feet and turned towards her.

He was beautiful. His face was the essence of masculine strength and power. So was his body. Every part of him proclaimed him a proud warrior who had faced his enemies, fought them and won.

She realized she hadn’t ever really seen him naked.

The light had been poor last night and though she’d felt every powerful inch of him against her, she’d learned the contours of his body mostly by touch.

She’d often slept in his arms in California, but he’d always kept on a T-shirt and board shorts. For her sake, she knew. And though he’d been shirtless on the beach, that didn’t count.

They hadn’t been lovers then.

Now they were, and she couldn’t stop looking at him.

The muscled arms. The taut pectorals. The dog-tags glinting against the line of dark hair that traveled down his chest, over those washboard abs, to disappear into his camos.

His unbuttoned camos, riding low on his hips.

Her mouth went dry. Her gaze swept back to his face. He was watching her through narrowed eyes the color of night.

“Anoushka,” he said, and for the first time since the deaths of her parents, her given name sounded as if it truly belonged to her. “I heated some water. I thought we might wash up before we eat.”

Slowly, he began walking towards her. He stopped only inches away. She could feel the heat of the fire, the heat of his body, the heat of desire burning hot inside her

“We should do a lot of things—but, baby, if I don’t get inside you right now, I’m going to die.”

His blunt words sent a shock of electricity racing from her breasts to her belly. In an instant she was hot and wet, and when he reached for her, she threw herself into his arms, sobbing his name, eager for his kiss, his touch, his possession.

He thrust his hand into her hair and cupped the back of her head and then he took her mouth, not gently, not asking, he claimed her with his lips, his teeth, his tongue, and it was exactly what she wanted.

He bent down in front of her, unlaced her boots. She stepped out of them. Then he rose to his feet and tore her sweater over her head, undid her camo pants and shoved them and her panties to her ankles. His hands were hard and fast; so was his his breathing, and yes, this was how she wanted him, now, right now, no preliminaries, no gentle explorations, she wanted him to take her and make her fly.

He lifted her. Carried her to a narrow bed piled high with soft sheepskins. Tumbled onto it with her. She sobbed his name, reached up to him as he kicked off his pants and then he was inside her, deep inside her; her body lifted to his and her cry of immediate release was all he needed to let go and explode within her.

She wound her arms around him, drew him down against her, and wept with joy. 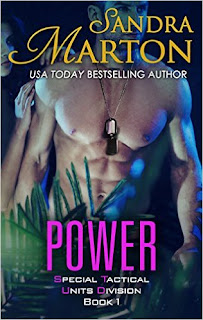 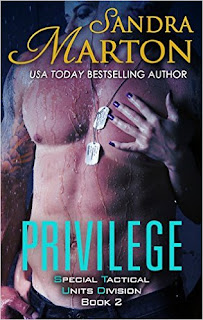 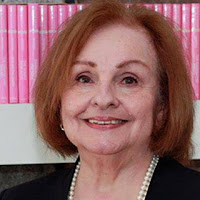 Sandra's beloved Wilde family saga continues...and now the Bellini-Wilde sisters are meeting the gorgeous, hard-bodied heroes who will conquer them and claim their love. POWER, Sandra's newest book, also introduces her latest Alphas: the men of STUD, former SEALS who have been tapped for membership in an even tougher, more secret organization.