Author takeovers and giveaways including a Kindle Fire and 10 personalized signed paperback copies of Gentlemen's Agreement. Up to three prizes will be given away to international winners. 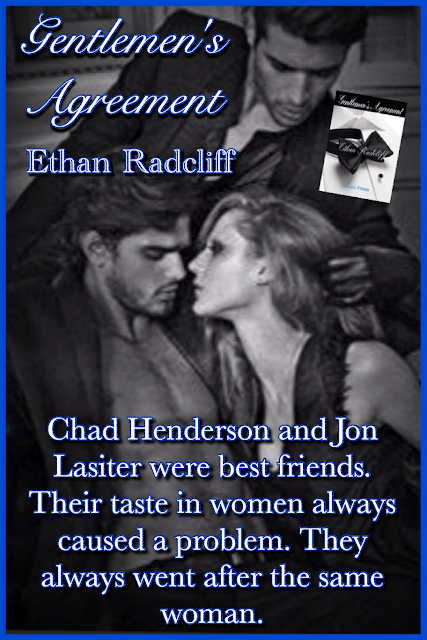 He didn’t consider himself kinky or having any kinks. In his circle of friends there seemed to be a drift toward a curiosity for domination and pain. Chad had to be in control at all times, at least he thought he did until Cleo Davenport; the woman unhinged him. After speaking with Jon, he nonchalantly asked him how much a session with the elusive Domme cost him. Cleo came at a steep price, fifteen-hundred dollars a pop; he never thought he'd pay any female for her sexual favors. However, he had to admit that steep price fed his curiosity. Was she that good at what she practiced?

Straight sex was now referenced as vanilla sex. He preferred straight sex, or did he? Would Cleo show him more? Would he let her? Now to explain to his best friend that he wanted to fuck his Domme and then some.