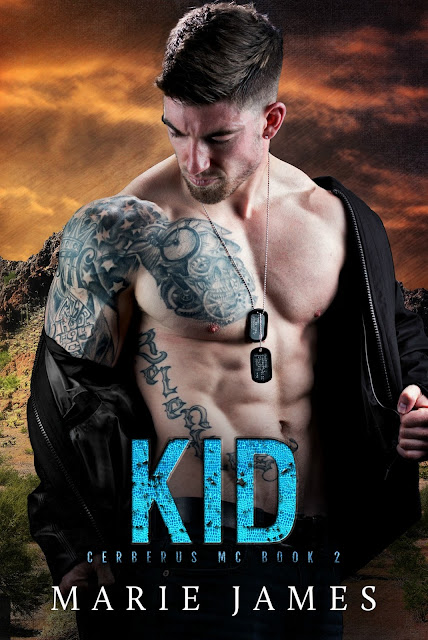 When Khloe Devaro’s best friend and fiancé is lost to the war in Iraq, she’s beyond distraught. Her intentions of joining him in the afterlife are thwarted by a Cerberus Motorcycle club member. Too young to do anything on her own, the only alternative she has now is to take Kid up on his offer to stay at the MC Clubhouse. As if that’s not a disaster waiting to happen, but anything is better than returning to the foster home she’s been forced to live in the last three years.

Dustin “Kid” Andrews spent four years as a Marine; training, fighting, and learning how to survive the most horrendous of conditions. He never imagined that holding a BBQ fundraiser for a local fallen soldier would end up as the catalyst that turns his world upside down. Resisting his attraction for a girl he’s not even certain is of legal age was easy, until he’s forced to intervene when her intentions become clear. All his training is wasted as far as he’s concerned, since none of that will help him when it comes to Khloe.

Will the self-proclaimed man-whore sleep with a woman in every country he visits as planned, or will the beautiful, yet feisty girl living down the hall throw a wrench in his plan? 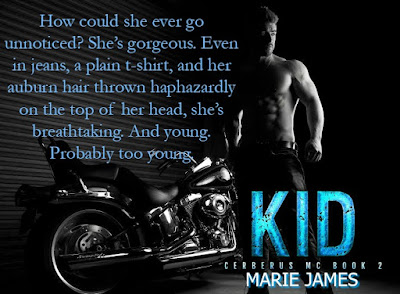 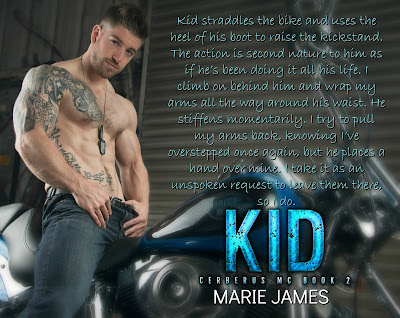 
I take in every inch of him, noticing first his muscular arms and wide shoulders. I see part of a tattoo peeking out from the arm of his t-shirt. The tiny hint makes me want to see it all. I’ve always been partial to inked bodies, loving how a story can be told in ink rather than words.

His dark, brown beard is ridiculously neat, trimmed to perfection. It surrounds pouty, kissable lips. I can’t help but wonder if he has chest hair. I’ve always been attracted to very masculine men. I realize how much of a freak I am, staring at this stranger, itching to see the rest of his tattoos and wondering what he’d look like naked, how my fingers would feel caressing his skin.

Soothing brown eyes look back at me, almost pleading with me to change my views of the world. His hair is longer on top than on the sides, tousled and messy as if he’s been running his hands through it for hours. Sexy, this man is incredibly sexy. He has an edge of danger to him, but at the same time, he seems completely approachable. He’s a wash of contradictions.

“I’m sorry about your fiancé,” he says reaching his hand out to take mine.

I pull away immediately, unable to hide the quiver in my lip at the mention of Alec.

“Don’t,” I say unsure of what the word is in reference to. Don’t touch me. Don’t mention the death of my best friend. Don’t walk out of here and leave me alone.

A few minutes of peace are all I’ve gotten since Alec’s death. A handful of times over the last couple of weeks my mind would shut down, and I forget, briefly, just how much I’ve lost. I got that reprieve looking at Kid until he ruined it by opening his mouth.

Why do people always feel the need to speak? Why verbalize the pain others are feeling? Sometimes just sitting, being available if needed is the best thing you can do.

“He’s my best friend,” I say on a choked sob. I have no idea why I’m telling him this. I don’t know why I feel the need to ease the hurt I saw in his eyes when I pulled my hand away from his touch. “Was. I lost my best friend.”

“Yeah,” he says, his voice full of sorrow. “I know what that feels like.”

I pull my eyes from looking at my own hands and look back at him. For the first time, I notice dog tags hanging around his neck. Small pieces of metal, unassuming for the most part, but I know they tell a story. Every soldier who wears them has one. It seems in a time of war, those stories get harder to tell.

Kid is young. I know he’s older than me. Even with an unmarred face and bright young eyes, he’s got an air about him that lets you know he’s seen more than most. He’s suffered more than most.

I immediately feel some sort of kindred-ship with him. I begin to shut the little part of myself down that he somehow forced me to open. He’s so young; there’s a good chance he’s still a soldier, and there’s no guarantee that any of them are safe. It’s best to just keep every one of them at a distance.

“You’re in the Army?” I finally manage to ask, angling my head at the tags around his neck.

I watch as he reaches his hand up and touches them as if he’s worn them so long he’s forgotten that they’re even there.

“I was in the Marines,” he answers quickly. “I’ve been out for a couple years now.”

“How old are you?” Was a soldier? No longer in the service? He doesn’t look old enough.

Six years older than me. I shake my head, knowing he sees nothing but a child sitting here in this bed. Not that I expect anything different, but I’m tired of being viewed as a child. 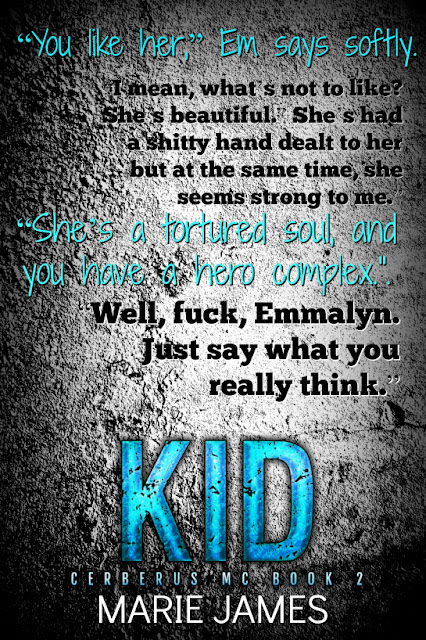 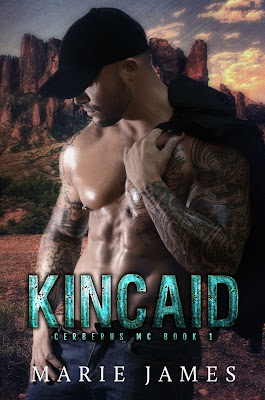 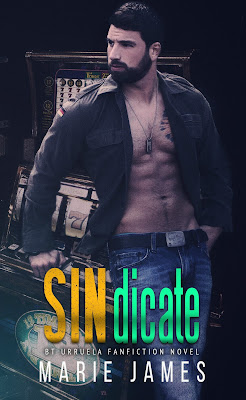 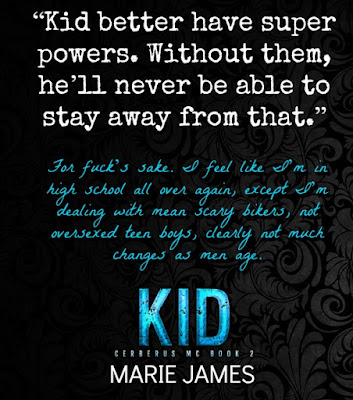 Marie James: I’m a full-time, working mother of two boys and wife of 11 years. I've spent almost my entire lifetime living in central Texas, with only short stays in South Carolina, Alabama, and Florida. I've always wanted to write novels and just recently had the gumption to sit down and start one. My passions include reading everything under the sun and plotting out new books to write in the future.

Kincaid is my 7th book. I’ve also written the Hale Series, Love ME Like That, and a FanFiction named Psychosis, featuring up and coming cover model, Matthew Hosea, as the main character. This book was done for fun and all of the proceeds are going to charity. All of my books are currently available on Amazon.